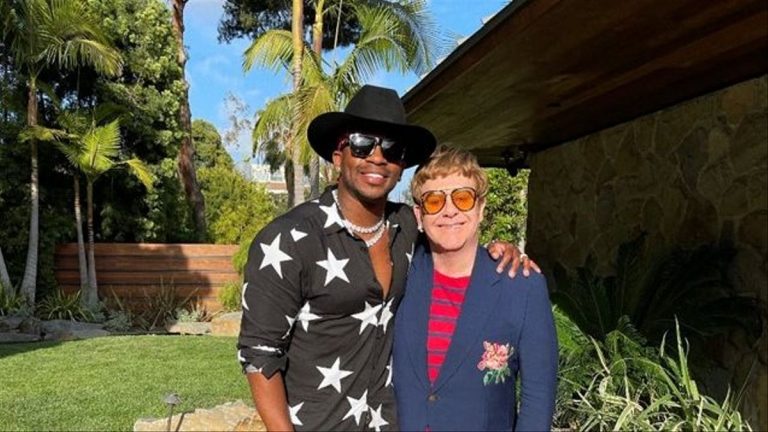 Jimmie Allen not only waltzed his way into the hearts of “Dancing with the Stars” viewers this fall, he also captivated Sir Elton John. But not with his dance moves. The unlikely pair duet on “Beauty in the Bones” on John’s new album “The Lockdown Sessions” is out now.

“I have been (an) Elton John fan for as long as I remember,” Allen said on social media. “One of my ultimate dreams was to work with him.. IT HAPPENED!”
https://www.instagram.com/p/CTSg20APwtO/
Allen co-wrote “Beauty in the Bones” with Taylor Bird and Phil Bentley.

“The last thing I expected to do in lockdown was make an album,” John said in a statement. “But as the pandemic went on, one-off projects kept cropping up. All the tracks I worked on were really interesting and diverse stuff that was completely different to anything I’m known for, stuff that took me out of my comfort zone and into completely new territory.”
https://www.instagram.com/p/CVI8wjdPXGM/
Allen discovered a thing or two about new territory, too, recently. He and his professional dance partner Emma Slater are still going strong on “Dancing with the Stars,” which airs 8/7 c Mondays on ABC. His wife Alexis just gave birth to the couple’s second daughter. The singer is nominated for New Artist of the Year at the CMA Awards on Nov. 10, and his duet with Brad Paisley “Freedom was a Highway” is nearing the Top 10 at country radio.