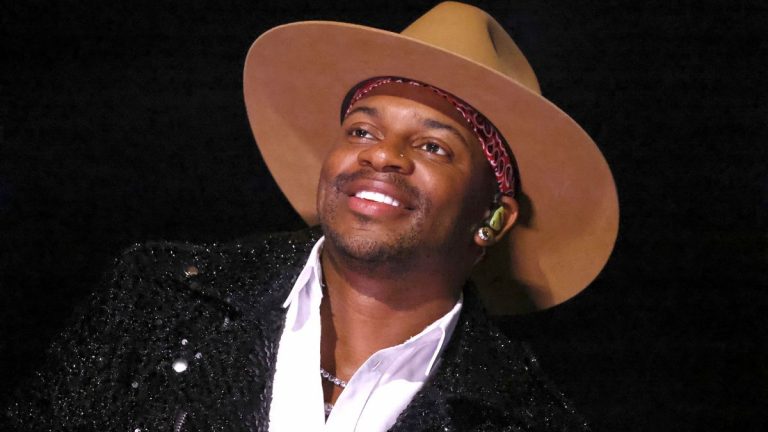 Before notable names such as Jimmie Allen, Kane Brown, and Mickey Guyton became influential voices within the country music space – there were hitmakers like Charley Pride, Deford Bailey, and even Darius Rucker, who walked, so the budding black musicians today could run.

In today’s climate, artists are turning to their powerful platforms to demand diversity and often stress that Black country musicians have a place within the genre. The leading advocates have become the driving forces that the country music space needed to pivot. Now, people of color are getting signed to big labels, receiving prestigious accolades, and breaking records.

Jimmie Allen’s most recent Grammy nomination for best new artist is a prime example of the well-overdue change in the genre. The “Freedom Was A Highway” artist told Billboard that his ACM and CMA wins pulled at his heartstrings, as they both represent acceptance. Yet, scoring a Grammy nomination holds an entirely different meaning.

“With the Grammy nomination, I was talking to a friend of mine, a writer in pop and R&B. He said, ‘This nomination is bigger than you because you are a Black man from Delaware having success in country music. Your Grammy nomination came from your success in country music, a genre of music that you don’t really associate Black people with too much. Win or lose, you have the ability here to inspire people that want to do something [similar], but they don’t see a lot of people who look like them,’” the industry friend noted.

The words uttered by the entertainment journalist resonated with the country sensation.

“That’s when it really hit me how big this nomination was,” Allen said.

During the open conversation, the writer declared that the country music space is “racist” and that Allen’s story is “killing the narrative.”

The harsh word that is prevalent more than ever today, struck a chord within the singer, and he jumped on the opportunity to explain the drastic change that the genre is undergoing today.

As Allen preached diversity and acceptance, he still believes the genre has a long way to go.

“In country music, we are still behind the times,” Allen told the Guardian. “Outside of country music, it wouldn’t be new to anyone to be a Black pop artist or a white rapper, but this genre is different.

He continued to speak about the rich history behind traditional country and emphasized that he will continue pursuing his craft.

“Me and Kane are continuing in the tradition of country music because we’re not the first black artists to do it,” he said to the publication. “And it’s not just about black people saying they can do country, it’s about anyone in a career field that they’re chasing where they don’t see anyone like themselves,” he concluded.

As Allen becomes the first black male country artist to be nominated in the all-genre best new artist category at the 2022 Grammy’s – Mickey Guyton is also a notable name from country that is breaking down barriers.

While it is refreshing to see black musicians receiving the respect they deserve, there is a lot going on behind the scenes to enhance inclusivity and bring it to the public eye. Before the 2021 ACM Awards, Guyton spoke out about her significant role in the ACM Diversity Task Force.

“We started this in 2019, and they have been relentlessly working on diversifying the awards in front of the camera and behind the scenes. And that is showing up on the awards. And I’m so excited to be a part of that change,” she shared.

As Guyton and other rising stars continue to push forward to better the future, country legends like Darius Rucker have also started sharing personal stories to encourage change.

After the death of George Floyd, multi-platinum artist Darius Rucker spoke to TODAY about the cruel racism he faced throughout his career. The former Hootie and the Blowfish frontman revealed that it was a challenge to get on the radio back in the day because he was a black country musician.

“When I was going to radio stations, and you got guys telling me, ‘We’re not gonna play you ‘cause you’re a Black guy,’ That’s just the way it is,” Rucker recalled. “I can’t live like that anymore. I can’t just go, ‘It’s OK,’ and go on with my life and let somebody say something that I know they shouldn’t say.”

The naysayers in the industry instantly became his biggest motivators and left him hungry for success. It wasn’t long until the “Don’t Think I Don’t Think About It” singer became the first Black country artist to score the No.1 spot on the Hot Country Songs chart since 1983.

It was small shifts similar to the one in 2008 that launched the genre in the right direction. The Grammy Awards will air live on CBS on April 3.