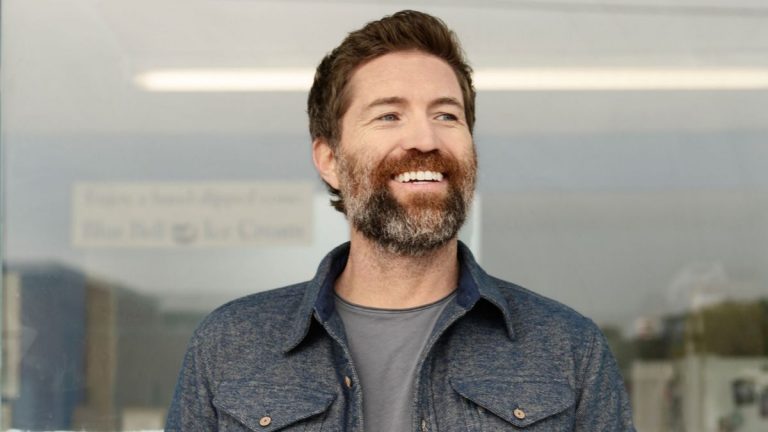 Josh Turner longed to record a Christmas album almost as long as he’s been on country radio. In 2021, he celebrated two decades in country music, and for the first time since “Long Black Train” became his breakthrough hit in 2004, Turner found time to do it.

“Soldier’s Gift,” written by Tom Douglas and Scooter Carusoe, is the album’s debut single. The song is about what soldiers sacrifice – even over the holidays – so Americans can feel safe in bed at night. Turner said he was “embarrassed on behalf of the whole songwriting community in Nashville” that it took so long to write the subject matter.”

“The patriotic message and the Christmas message is not something you normally hear together,” he said. “And that’s exactly what this song is all about.”

However, it’s the album’s title track – which he co-wrote with his friend Mark Narmore – that he’s the proudest of. He explained that your subject matter is limited at Christmas, and almost everything has already been written. When “King Size Manger” came to him, he said he immediately knew it was unique – so special it scared him.

“Anytime you have a great idea, your greatest fear is that you’re going to get in there and write the song, and it’s not going to measure up to the title,” he said.

Turner told Narmore about the song idea, and he remembers exactly where they were when they had the conversation about “King Size Manger.”
“He was speechless,” Turner said. “He was like, ’Oh my goodness. What a title!’ We sat down and have such a rapport that we know what it takes just to allow the heart and soul to come out of a song that we’re trying to write.”

The men decided to tell the story of what is a king-size manger.

Lyrics include: There in the hills of Bethlehem| No one had any room for them| They knew that child was a real life changer| Lying there in a king-size manger.

Turner said he doesn’t remember what sparked the idea and jokes that it might have been a mattress commercial.

Regardless, he couldn’t be prouder of the song and thinks it was “truly inspired.”

“I was kind of surprised and shocked that we could pull that off,” he said. “It rose to the top after we had decided everything that was going to go on the record, and it became the title track.”

Turner plays the song every night during his 18-city Holiday & the Hits Tour.

“I proud of the way the song came out and that I was able to write the title track on my Christmas album,” Turner said. “It was a huge accomplishment for me as a writer.”