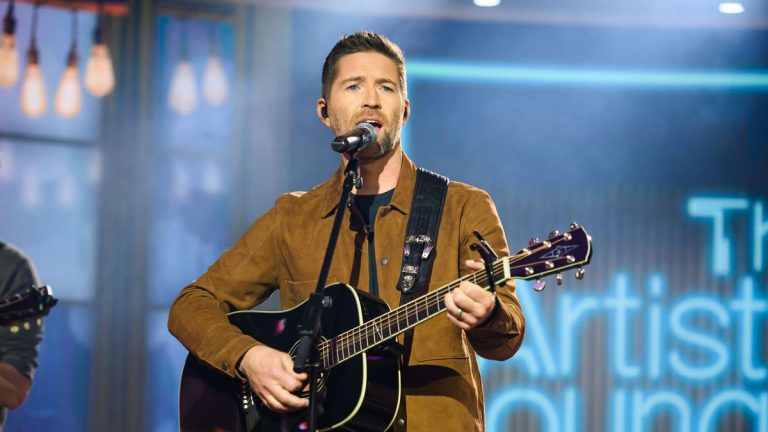 In an ultimate case of streaming success leading to a long-term arc of success for a long-beloved song, “Your Man” — country star Josh Turner’s 2005-released hit single — has finally achieved 100 million streams via Youtube. In a celebratory tweet, Turner stated, “The ’Your Man’ video surpassed 100 MILLION views yesterday. It was the first video [my wife, Jennifer] and I shot together, which makes it all that more special. Thanks to y’all for all the watchin’ and support these past 15 years.”

The boys surprised us with some big news yesterday. The “Your Man” video surpassed 100 MILLION views yesterday 😳🤠. It was the first video Jennifer and I shot together, which makes it all that more special. Thanks to y’all for all the watchin’ and support these past 15 years. pic.twitter.com/kRy8zx1Tvm

The news follows the June release of a Deluxe Edition of his 2006 album of the same name, which included three re-recorded live tracks (“Your Man,” “Would You Go With Me,” and “Me and God”), plus what Turner notes is his “[going] old school and [rewriting] the album liner notes.”

Upon its initial release, the song won ASCAP awards for writers Chris Stapleton and Chris DuBois, as well as a BMI award for writer Jace Everett. Furthermore, in a testament to its longevity, it reached number one on the US Billboard Hot Country Songs charts and was certified gold in early 2006 by the RIAA. By 2012, it achieved Platinum status. Six years later, the single went Double Platinum, and upon its re-release, achieved Triple Platinum status this year.

In a previous interview about the song’s history, for CMT’s “Hit Story”, Turner revealed how he almost didn’t record the song because at the time “it seemed a little risqué.” Turner shared notes about recording the song that was originally in a key meant more for Stapleton than himself.

Share. Facebook Twitter Pinterest LinkedIn Tumblr Email
Previous ArticleReba McEntire Says It Would Be “A Blast” To Star In A Western-Themed TV Show
Next Article Belles’ “All Hat No Cowboy” Is A Sassy, Humorous, And Honest Nashville Anthem