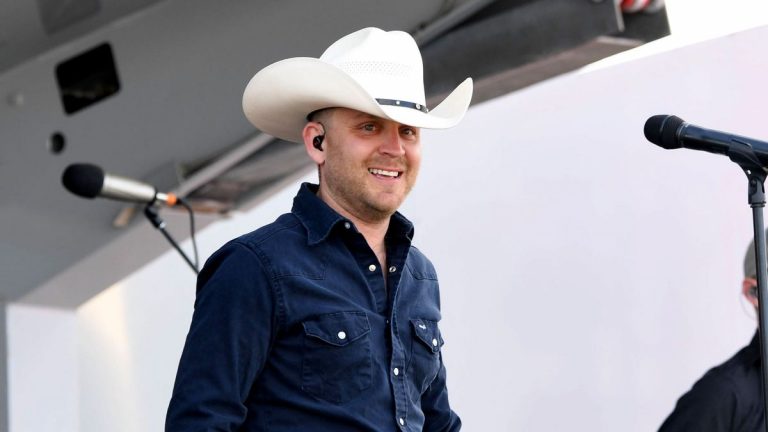 Justin Moore is gearing up for his 12-date Country on It Tour with fan-favorite artists Granger Smith, Sean Stemaly, Lucas Hoge, Heath Sanders, Scott Stevens, and the Reeves Brothers. Before the “We Didn’t Have Much” singer kicks off his trek this Friday, April 22, in Florida – he caught up with Big Machine Label Group to explain why he asked Smith to join him out on the road full-time.

The tour dates were divvied up among the opening acts, and Smith will serve as direct support for all shows but one in September. Smith’s comical alter-ego, Earl Dibbles Jr., also received an invitation to the fun-filled affair. The multi-platinum artist told BMLG that the decision to have Smith on tour was an easy one to make, because they have a lot in common.

“We do share a lot of beliefs and similarities. He’s just a great human being, and he’s an inspiring guy for myself. His story is really, although sad, an amazing one,” Moore said.

Smith and his wife Amber revealed in 2019, that their 3-year-old son River Kelly passed away in a tragic drowning accident.

“I have to deliver unthinkable news. We’ve lost our youngest son, River Kelly Smith,” Smith sadly shared on Instagram. “Following a tragic accident, and despite doctor’s best efforts, he was unable to be revived. Amber and I made the decision to say our last goodbyes and donate his organs so that other children will be given a second chance at life. Our family is devastated and heartbroken, but we take solace in knowing he is with his Heavenly Father. Riv was special,” he added alongside a heart-wrenching photo.

Following the death, the country crooner persevered forward and turned to his faith to get him through a dark time he described as a “storm.”

“Hanging on to God for truth and guidance like a lone fence post in a ravaging wind. I see a girl hurting. Drawing on unimaginable strength just to continue on with necessary motherly duties. Clinging to the Bible like it’s a life raft hurdling through an unknown sea,” he wrote on social media one year after the incident.

Smith’s strength, hopefulness, and endless love for the man upstairs stood out to Moore. He continued to mention that the courageous parents of two quickly became an inspiration and encouraged him to grow as an individual.

“The way he and his wife have stayed so strong and grown even in their faith, I think is an inspiration to me and my wife. I love the fact that they are great parents,” Moore added.

The multi-platinum artist pointed out that Smith would be a reliable companion on tour, since he would keep their priorities straight and grounded.

“You know, it’s hard to be a Christian nowadays in this world, in particular in the entertainment industry, and I think he navigates that beautifully, and it’s something that I aspire to do better at,” he added.

While keeping his faith in check, the chart-topping artist is set to play recently released track “With A Woman You Love.” The romantic hit serves as the first single from his forthcoming record, which will drop this year. Tickets to see Moore and Smith live and in-person are currently available for purchase, here.

Share. Facebook Twitter Pinterest LinkedIn Tumblr Email
Previous ArticleLISTEN: Brett Eldredge Teases Single “Songs About You” And Gives Update On Upcoming Album
Next Article The Judds Talk “Surreal” Final Tour and Stage Fashion: “The Toothpaste is Out of the Tube”

The Strokes – The Adults Are Talking (Audio)