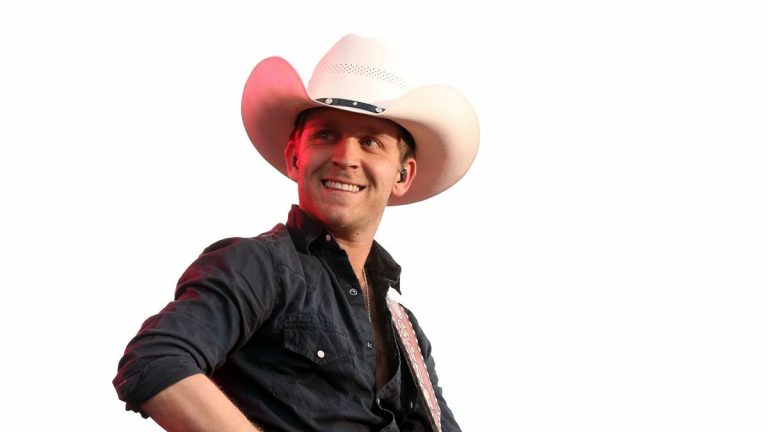 Country music artist Justin Moore recently sat down (March 28) with Big Machine Label Group to open up about his romantic single, “With A Woman You Love,” and to reveal the surprising inspiration behind the sentimental lyrics.

The hitmaker released the up-tempo love song in October of 2021, and it serves as the first track off his forthcoming studio album – expected to drop this year. Moore penned the date night anthem alongside Paul DiGiovanni, Chase McGill, and Jeremy Stover.

If fans listen closely, they will learn about Moore’s 13-year-long relationship with wife, Kate. The chart-topping artist told BMLG that he had the idea for this track tucked away in his back pocket for a reasonable amount of time.

“I had the title idea for a while. I don’t even remember how it popped in my head. I was probably drivin’ down the road or somethin’, or in the shower, or who knows,” he said.

The “Til My Last Day” singer continued to mention that he recalled all the memorable conversations he had with his close friends about growing old and finding love.

“It kinda got me thinkin’ about all the conversations that you have, whether you be in high school or whether you’re the first one to get married, as I was in my group of friends,” he shared while explaining that his gang picked on him, when he began to think about settling down. “We all give each other crap, and at the time, I was gettin’ most of the crap. ‘Why are you gettin’ married,’ and doin’ all this and that?”

The playful jokes quickly became the lyrics to “With A Woman You Love.”

“I still make a little noise | Raise a little hell | Running with the boys| Making stories we don’t tell | I’d trade a million nights of getting loose in turn four | For just one night with her dress on the floor,” he sings in the up-tempo melody produced by Big Machine Label Group President and CEO Scott Borchetta.

He mentioned that his friends would tirelessly try to get under his skin by rattling off events he would miss once a special someone was in the picture.

“Man, before you know it, you’re gonna be missin’ football games to go to the mall, and you’re gonna have a dog sleepin’ in your bed’ and all this kind of stuff. And they were right,” he said with enthusiasm. “I do those things now, but it certainly is worthwhile when you have a partner like I do in my wife Kate,” he concluded.

“With A Woman You Love” follows Moore’s 10th No.1 single, “We Didn’t Have Much.” The country powerhouse recently released his “Greatest Hits” on vinyl. The 13-track project includes classics like “Small Town USA,” “Why We Drink,” “Bait A Hook,” and more. Fans could purchase their copy exclusively at Walmart.