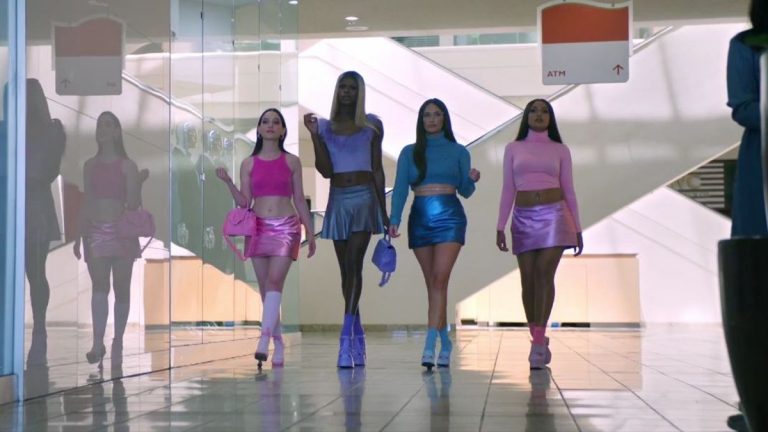 Kacey Musgraves’ latest video from her September 10 released album star-crossed is for “simple times.” The video is clipped directly from the Musgraves-starring star-crossed: the film directed by Bardia Zeinali, which will be streamed exclusively via Paramount+.

The video takes place near the conclusion of the first of three segments of a 50-minute film which, like the album, is three acts of five songs each, similar to the arc of a Greek tragedy. “simple times” alongside making its global broadcast premiere on MTV, MTV Live, MTVU and MTV’s global network of channels, including CMT and CMT Music, also debuted via the ViacomCBS Times Square billboard.

The film, overall, is a collaboration between Musgraves, Zeinali, and Academy Award-nominated cinematographer Matthew Libatique (A Star Is Born, Black Swan). “We wanted it to feel cinematic and epic without compromising the heart and the emotion,” Zeinali says, “to feel fantastical and heightened and tell her story through the lens of art and fashion.” It was filmed over ten days in Los Angeles and features cameos from Emmy Award-winner Eugene Levy, Victoria Pedretti (Once Upon a Time in Hollywood, You), singer-songwriter Princess Nokia, Symone (RuPaul’s Drag Race winner), and comedian Megan Stalter.

star-crossed is available for pre-order now by clicking here. The album’s tracklisting is below: