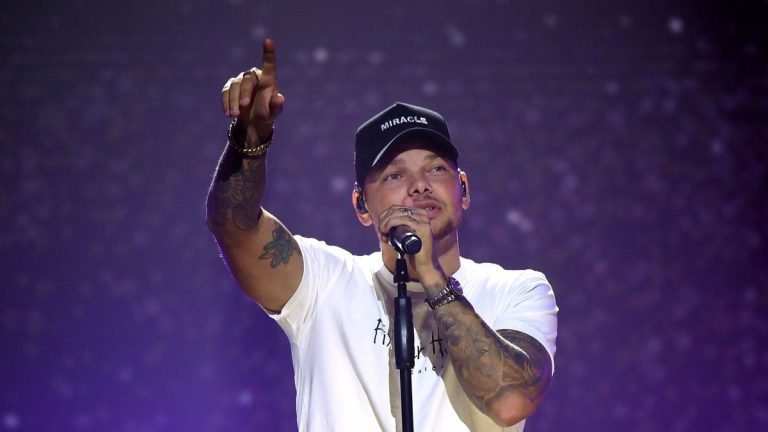 Hitmaker Kane Brown has new music up his sleeve, and this time he’s paying homage to country legends who have paved a path before him. The “One Mississippi” singer took to Instagram Monday night (April 18) to tease a ’90s-inspired traditional country single called, “Like I Love Country Music.”

Brown’s oldest daughter Kingsley gave the high-energy tribute track her stamp of approval, as her beaming smile in the social media clip was worth a thousand words. While wearing matching cowboy hats, Brown and Kingsley danced around their kitchen to the singalong melody.

“3 things! 1: This will be the new radio single (like I love country music) 2: thank you, @brooksanddunn 🔥 3: this little girl is so damn cute❤️,” Brown wrote in the Instagram caption alongside the father-daughter video.

Country music fans and notable names in the industry flooded the comment section to praise the forthcoming banger and to point out his special relationship with his 2-year-old child.

“This one is a MONSTER 🔥🔥,” shared Colton Pack from country band Restless Road. “@Kanebrown_music, any time you doubt your daddy skills, revisit this. Her laughter is all you need to confirm you’re doing a great job!❤️❤️” said a fan.

Brown’s recently released track, “Leave You Alone,” was meant to be his next single to radio, but the multi-platinum artist revealed in the comments that it was “too slow” for now. However, he quickly confirmed that it would “eventually” make it.

Within the unreleased hit, “Like I Love Country Music,” Brown gives award-winning duo Brooks & Dunn a quick shout-out in the lyrics. In fact, many would say they hear Ronnie Dunn’s vocals in the ear-grabbing chorus. Brown has not officially confirmed if he joined forces with the iconic band or the release date.

The toe-tapping track has been stored in Brown’s back pocket for quite some time, as he has performed the single at live concerts throughout the years and teased a small snippet in 2019 on Twitter. Brown mentioned Alan Jackson’s smash hit “Chattahoochee” and Johnny Cash in the old social media post.

Ready for summer! Baby I love you like I love country music retweet!! pic.twitter.com/R0f7wYse4G

“Like I Love Country Music” is just one of many songs fans can look forward to, since the hitmaker previously told Billboard that his forthcoming record is “done.” The collection will follow his chart-topping 2020 project, “Mixtape Vol. 1.”

“I am sending my album off for mastering tomorrow,” he declared. “But that album’s done and should be out sometime this year.”

He continued to mention that he took his time on the highly anticipated album and disclosed that his duet “Mad At This World” with his wife Katelyn Brown would also be included on his next batch.

“I took time with this album and I love every song on the album. My wife says it’s her favorite album I’ve ever done,” he said to the publication.

Until Brown releases his next studio album, fans can catch him live on his final run of the Blessed & Free Tour with Walker Hayes, Chase Rice, and Raelynn. The award-winning artist and his star-studded lineup will kick start the party on May 7 in Chattanooga, TN, and will wrap at Mohegan Sun Arena in Connecticut in early June.