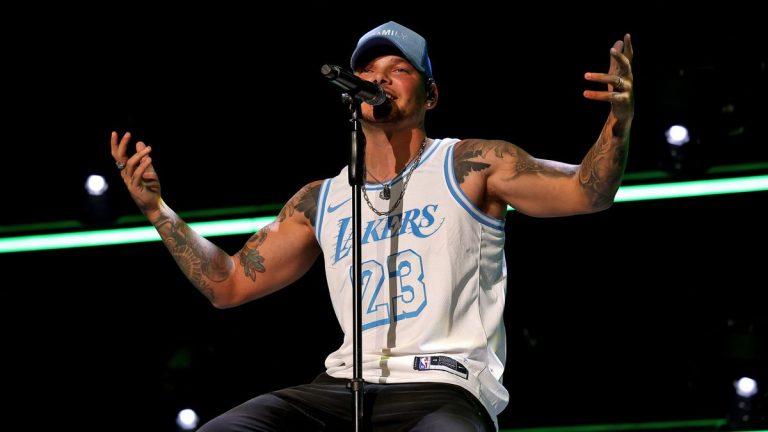 Outside of his love of home team jerseys of National Basketball Association (NBA) franchises and an unfortunate stage mishap making the news rounds during the first half of his Blessed & Free Tour, not much else has become public knowledge about his sold-out run of concerts at NBA arenas nationwide. However, a few intriguing details are emerging showcasing more of Brown’s lighthearted personality.

In the Charlotte Observer review of Brown’s December 4 appearance at the Spectrum Center, the question is asked, “Did [Kane Brown] have to conquer a fear of heights in order to pull off his set-opening stunt, which saw him step off of a plank 30 feet above the stage before being lowered to the ground via a wire attached to a harness?” Brown’s stage show is filled with all manner of pyrotechnics and lasers. However, the idea that the “One Mississippi” vocalist, who recently noted a desire to take his talents to the silver screen, is willing to perform his own stunts also speaks well to his acting aspirations.

Moreover, as far as onstage, it’s not unexpected to see Brown joined by his tour openers Restless Road, Jordan Davis, and the mascot for whatever team is the home team in the arena they’re in to perform his 2021 country radio overall No. 1 of the year “Famous Friends,” In Charlotte, he was joined by Hugo the Hornet, whereas, in Miami, it was Burnie, the anthropomorphic depiction of the fireball featured on the team’s logo.

And yes, he’s still fond of bringing his youngest fans onstage, too. For “One Mississippi” in Miami, he coached a young fan in getting the crowd to wave their arms from side to side. Upon her successful achieving the goal, he screamed, “You’re killing it,” to cheers from the crowd.