Kane Brown’s “One Mississippi” Is A Freewheeling, Summertime Love Affair 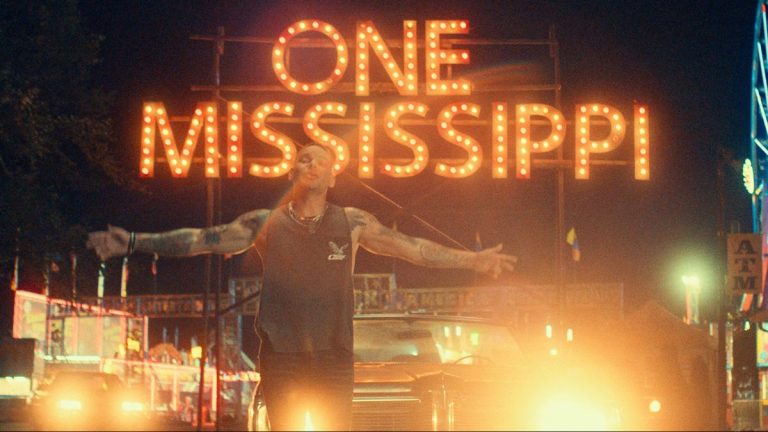 If a fan of Kane Brown, the past three summers have been accompanied by the Tennessee-born superstar crooner releasing pop-aimed and lovestruck country anthems like “Be Like That” and “One Thing Right.” 2021 is no different as with “One Mississippi,” the countdown is on to a freewheeling, summertime love affair.

The “One Mississippi” video, which premiers today across CMT platforms, was directed by ACM and CMT Music Award winner Alex Alvga. The cinematically shot clip highlights the video’s story of a lovestruck pair, with Brown appearing against dramatic staging in a rural setting. It is also the latest collaboration between Brown and Alvga, who also directed his video for 2020-released “Worldwide Beautiful.” Currently, that clip has already won a 2021 ACM Award for “Video of the Year,” plus was recently nominated for the “Video for Good” award at the 2021 MTV Video Music Awards.

In a recent conversation with The Nashville Soundbite, Brown noted that the “One Mississippi” single’s subject matter covered a relationship “where you makeup and you break up, and you just keep running into each other, and then something about that spark in the relationship gets y’all back together and may fall apart again.”

Intriguingly, “One Mississippi”’s co-writer, Alabama native Levon Gray, who Brown notes is a newcomer to songwriting with him. Even deeper, Gray’s story involves him “shooting his shot” via social media. The country star says, “[’One Mississippi’] is the first single that we worked on together. He tagged me in an Instagram story…[I] brought him up, and we wrote a song. He brought the title and the meaning behind it, and this is his first cut with me.”