Keith Urban Says He Doesn’t Like to Talk About His Addiction Battle, Was “Frustrated” During Pandemic 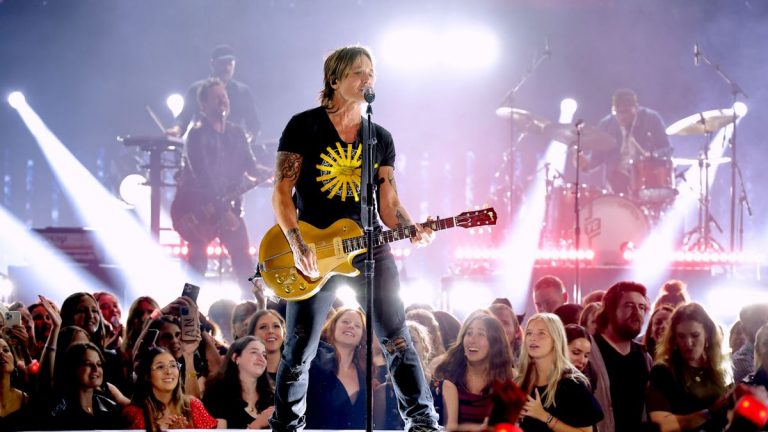 Keith Urban has never hidden his battle with addiction, but he recently explained he doesn’t want to talk about it, either.

“I don’t talk a lot about it because I love my audience being able to just come and have a great time,” Urban told The Times. “I’ve nothing against drugs or alcohol. Everyone does what they want to do to have a great time. I just realized I’m allergic to it. Someone said, ‘You have an allergy? What happens when you drink?’ And I said, ‘I break out in cuffs.’”

The singer has been candid about his struggle with cocaine and alcohol throughout his career. Urban has been to rehab a few times, including his well-documented stint at Betty Ford in the months following his marriage to Nicole Kidman. Urban told Rolling Stone he was “terrified” and knew he had to do something.

He told The Times he knew he had to “find a different way to be in the world.”

“I’m glad it didn’t change anything about my music,” he said. “I wrote plenty of hit songs while drunk. I wrote plenty sober. I feel lucky it hasn’t defined my creativity.”

In fact, Urban doesn’t let much interfere with his music-making process. He said that because his studio is in his house, his entire family hears the music he’s working on, but he’s not seeking approval.

“I’ve learned the way I feel playing a song for someone is more important than their reaction,” he said. “Sometimes I’ve really loved a song until I’ve played it to the person. Then I suddenly did not feel good about it.”

Urban always knows what his wife is working on because scripts are lying around the house. He said nothing surprises him anymore.

“At this point, “nothing’s odd. I’ve seen it all,” he told The Times. “She can’t look any way that seems odd to me anymore. Still, it’s amazing how many times people forget it’s a film. People saw her in ‘Destroyer’ and said, ‘She has really let herself go. She looks terrible.’ It’s a movie role.”

Urban did the interview to promote his upcoming world tour, launching on April 28 in Birmingham, England. He said he missed playing live music during the pandemic and “got very negative.”

“I was frustrated, professionally speaking,” he said. “I was on the couch in my sweatpants waiting for the whole thing to blow over so we can get back to work again.”