Kelsea Ballerini Celebrates 7th No. 1 with “Half of My Hometown”: “All I want to do is make them proud” 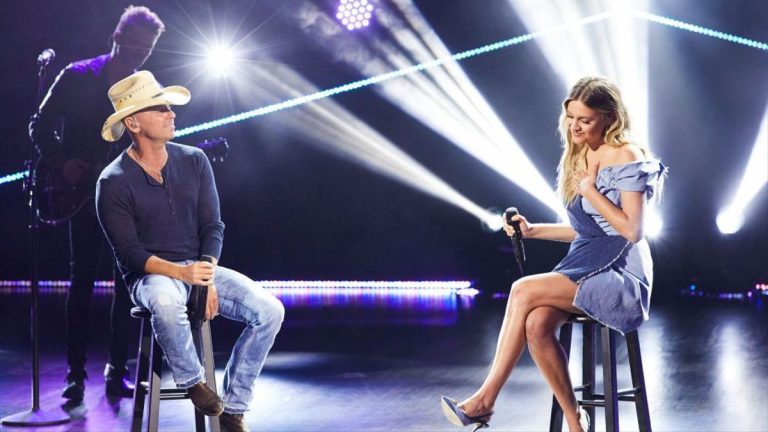 Kelsea Ballerini says her Kenny Chesney duet “Half of My Hometown” is her whole heart. The song about loving where she’s from just became her seventh No. 1 song.

Ballerini co-wrote the CMA Award-winning duet with Ross Copperman, Nicolle Galyon, Shane McAnally, and Jimmy Robbins inspired by her youth spent in Knoxville, Tennessee, which is about 30 minutes from where Chesney grew up in Luttrell, Tennessee.

She detailed the reasons “Half of My Hometown” is so close to her heart in a vulnerable Instagram post where she questions how her life progressed from singing Chesney’s “Back Where I Come From” along with the radio to singing on the radio with Chesney.

– sometimes leaving is the only way you understand the importance of where you’re from.
– if you want to know more about yourself, go back and find it.
– wherever you put your roots down, honor them. water them. it doesn’t have to look like your neighbors.
– my years in knoxville shaped my creativity, my drive, and my sense of self. i wouldn’t be doing this had i grown up anywhere else.
– leaving at 15 to go chase this dream down was the hardest and best decision i’ve ever made.
– how the hell did kenny go from singing “back where i come from” through my parents Jeep cherokee speakers to singing this song about the same damn place with me.
– go bobcats. my time at Central changed everything. IYKYK.
– all i want to do is make them proud.

Ballerini said she loves “every single person who is a part of this.”

“@kennychesney you showed up in every way for this song and have become such a friend and brother through it,” Ballerini wrote. “@nicatnitemusic @jammyrabbins @shanemcanally @rosscopperman thanks for getting wine drunk in a florida air bnb with me and digging for this one. thank you country radio, thank you @blackriverent and your amazing radio team. and thank you to the cheerleading coach who didn’t let me on the team, because i would have never picked up the guitar and gotten here.✨heart explodes✨”

Ballerini isn’t the only one feeling weepy over the hit. Galyon, who is so attached to her hometown of Sterling, Kansas, that her family built a second home there and moved back for year with their young children, said on social media: “I have had enough songs die at 13 to know any #1 is special. but this one felt beyond that. blissfully created. strangely prophetic. and for me personally, autobiographical.”

Galyon is in Las Vegas for the Academy of Country Music Awards without her family and called the moment “perfectly ironic” because it’s: “half a mountaintop moment and half missin the kids.”

“my heart seems to be divided between about a thousand things these days,” she wrote. “But Sterling Kansas still seems to still have all of it. thank you @kelseaballerini @jammyrabbins @shanemcanally @rosscopperman for letting me be a part of this story. and also thanks to Sterling High School Mens & Women’s Basketball teams for winning championships last night right as this song went official. Cuz part of me will always be…. 🌾🌾🌾”