Kristian Bush Reveals The Magic of “52,” the Four-Volume Solo Project Inspired By His Birthday 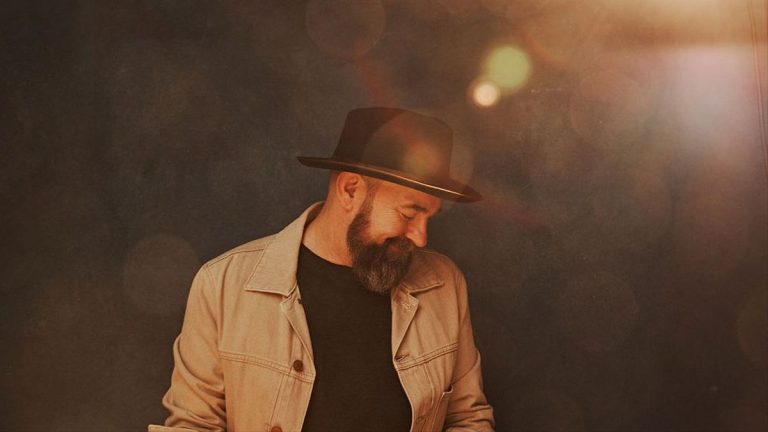 Multi-platinum artist Kristian Bush spent nearly three decades working among the finest in the music industry– but throughout his flourishing career, the concept of time weighed heavily on his shoulders.

When the world was cooped up indoors due to the global health crisis, Bush found himself weeding through 15 years’ worth of unreleased recordings. While fighting the internal battle that some songs will always live in the shadows and with his 52 birthday quickly approaching – Bush fathomed that time was not slowing down, and that is when the idea of his multi-layer project “52” dawned on him.

“I do feel that there’s not enough time left to write all the songs I want to write,” Bush exclusively told CMT. The two-time GRAMMY Award-winner explained that he was constantly seeking a sign or a push to pursue his next venture.

“I think the permission is the thing I never had. I kept looking around like there was an adult that was going to show up and give me permission. Someone was going to angelically fall from the sky and say, ’You got all this stuff…you got to put that out.’ I finally realized no one was coming.”

In full force, the singer-songwriter placed his creative wheels in motion to develop “52- ATL X BNA,” the first collection to his four-volume release. The hitmaker, known as one-half of country duo Sugarland, shared that he tackled the project as an “experiment.”

The 10-song initial release pays homage to Nashville’s country storytelling and Atlanta’s R&B music scene. Alongside gifted songsmiths out of music city and Atlanta’s famed drummer Jorel “J-Fly” Flynn, Jerry Freeman from Hornz Unlimited, The Black Bettys, and others – Bush carefully intertwined the two sounds to curate an uplifting collection that is intended to start a party.

“We wanted to find out what it was like,” he said about blending the two genres. “We learned a lot…what we found out is that the cornerstone of country music is the song and the cornerstone of R&B is the energy. This is also Atlanta R&B, this is not like trap music. These are more traditionalist, and they are used to exploring,” he added about sonically playing in the studio with instruments like the pedal steel, horns, and drums.

Going into this project – he understood that country music could either make one dance or cry. Still, for this specific volume, he wanted to re-create a special moment he experienced with his brother Brandon Bush and J-Fly at a music festival in Atlanta.

“The inspiration for it was exactly what it was,” Bush said, before detailing the performance that urged him to utilize the talented musicians in his adopted hometown. “J-Fly, Brandon and I sit on the board for the Atlanta GRAMMY’s, and we were literally sitting next to each other, and he would always ask, ’would you come play my festival? Will you go do this?’ Unfortunately, we were always busy promoting “Trailer Hitch,” touring, and doing all the Sugarland work,” he said.

However, the last time J-Fly pitched him a gig – Bush couldn’t back down and took him up on the offer. The instrumentalist told Bush to just “show up and walk on stage.” So, that is precisely what he did.

“I walked on stage, and that band showed up. I thought to myself, ’who am I?’ Who are these people?’ And I watched 60,000 fans who have obviously never heard “Trailer Hitch” before have so much fun. That was the ask – how do we do that again?” he said.

The seasoned singer-songwriter got to work and pulled out potential pieces from his music vault. With a genre-bending collection of 52 songs, he pitched the project to Scott Borchetta, the president and founder of Big Machine Label Group.

“I know I’m not signed to you as a solo artist, but I just wanted to let you know what I’m doing right now so that you’re not surprised,” the singer told the executive.

Bush shared that Borchetta was instantly intrigued by the idea and recommended dividing the 52 songs that celebrate his life in music into four parts. He also believed it would be a smart move to release each volume over the next 12 months.

The hitmaker told CMT that he grouped songs together and approached the first batch like an actual experiment. He painted the picture by verbally describing a line. At one end of the spectrum is very little-to-no R&B, and the other side is complete R&B. Bush confirmed that the tracks on “52- ATL X BNA” run throughout the entire line.

He said that his single “Tennessee Plates” on the recently released record (March 25) is his favorite track. Although, “Everybody Gotta Go Home” serves as a the perfect teaser, since it features the heavy R&B beats, horns, and even The Black Bettys on background vocals.

Bush co-wrote nine of the 10 songs on the album, which touch upon an array of real-life experiences. The vocalist penned “Tennessee Plates” alongside respected songsmiths Rodney Clawson and Andrew DeRoberts. Bush said he was inspired to start the song while at a stop light facing the funeral home in the minutes before his final goodbye to his father.

“I lost my dad in 2016,” Bush said. “When he passed, I had just discovered that you could dictate into your iPhone, and it will do its best to write it down. This particular song was literally dictated into the phone at a three-way stop in Newport (Tennessee) on the way to his funeral. It’s very personal but relatable.”

The day after placing his father to rest, he mustered up the courage to get back into the studio and meet Clawson to write. At the time, he only had the voice memo on his phone to work with. But, the short snippet was just enough to create “Tennessee Plates,” a moving narrative about turning his unreliable relationship with his father into motivation to succeed.

While diligently working on the four-part project, Bush realized that he had no industry friends to turn to for advice – since a massive collection like “52” has never been done before.

“I am completely mind blown,” he said about the writing and recording process. “I’ve been given this opportunity to reinvent over and over again. Sometimes it’s hard to look back through old pictures of yourself and think it’s the same you. When I look back at the different me musically, I recognize me every time. I actually like what I had on [metaphorically], and this is just another set of that,” he concluded.

Multiple tracks on “52” stretch back to 2006 and include fresh material. “52- ATL X BNA” is available everywhere and follows his critically-acclaimed solo debut “Southern Gravity.” The chart-topping artist is expected to release the three other volumes this summer, fall, and winter.