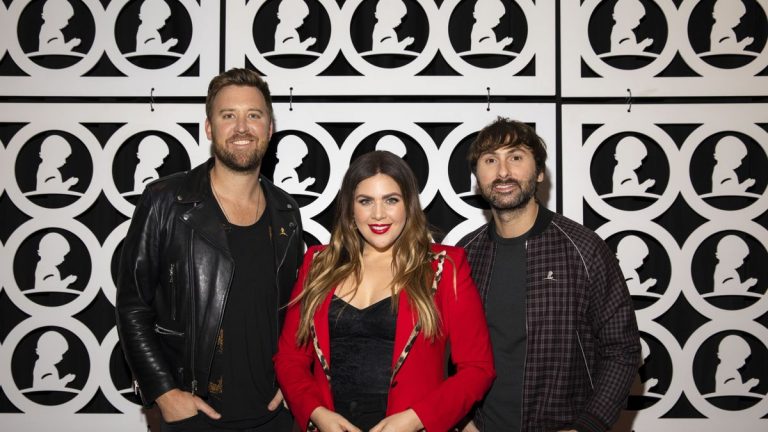 Michelin star restaurants, burger joints, breweries, and more are popping up around downtown Nashville and country music trio Lady A is pleased by the various options they have at their fingertips.

Hillary Scott, Charles Kelley, and Dave Haywood recently (April 24) caught up with Big Machine Label Group to chat about Nashville’s culinary scene. Kelley told BMLG that he is blown away by how the restaurant industry has expanded since he arrived in music city.

“Dave and I moved around the same time from Georgia,” shared the vocalist. “And just to see the restaurants, the level of the culinary experience here in Nashville,” he added while trying to wrap his head around the rapid growth.

He continued to mention that he wasn’t always interested in going out to dinner, but his wife, Cassie McConnell Kelley got him to appreciate fine dining.

“My wife really got me into long dinners. I remember bein’ the guy, I was like, ’Why would you spend over an hour eating dinner?’ The whole experience of it, I just didn’t get it,” he said. “And then, all of a sudden, you start kinda understanding good wine and good restaurants. And so, I love what’s happening in town.”

“It’s almost like every time we go out of town and come back, there’s a brand new really hot restaurant that’s opened that we can all get a sitter for to try to go,” she said while laughing. “It’s awesome. I mean Nashville, I think it’s just such proof how much the city is growing,” Scott concluded.

Country music stars like themselves are half the reason why foodies flock to the honk tonk town. Blake Shelton, Jason Aldean, Luke Bryan, Florida Georgia Line, Miranda Lambert, Kid Rock, Alan Jackson, and Dierks Bentley are just some musicians who offer tasty bites and delightful drinks in Nashville. Garth Brooks could now be included in the running list, as he recently purchased a 40,000+ square foot property on Broadway.

With Nashville’s culinary scene not slowing down anytime soon, Brooks’ restaurant and bar won’t be the only place Lady A will have to check out when they get back from their Request Line Tour.

On April 14, the award-winning ensemble announced that they will be kicking off their 21-city trek on August 13. Lady A will be making stops at iconic and intimate venues across the country. For instance – the Beacon Theatre in Manhattan, Chicago Theatre, The Met Philadelphia, Boston’s MGM Music Hall at Fenway, and more.

While out on the road, the band is asking ticket-holders to call the 615-882-1975 hotline to add their favorite track to their setlist. For more information and tour updates, music-goers can visit https://www.ladyamusic.com/tour.