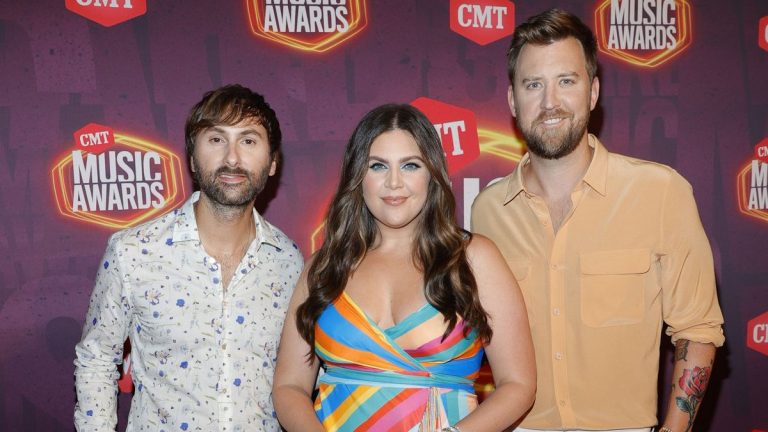 In honor of Mother’s Day approaching, Lady A’s Dave Haywood is admiring a supermom that he believes has it all together.

In a conversation with Big Machine Label Group, the hitmaker praised bandmate Hillary Scott for being an “amazing mother” to her three children Eisele Kaye (8) and twins Emory and Betsy (4).

Haywood and Charles Kelley witnessed Scott transform into a fierce and inspiring individual since they created their trio in the early 2000s.

“We started out and met Hillary in 2006,” he told BMLG. “So, known her for over a dozen years, and have watched her really grow up. Now, she is a mom of three, an amazing wife, an amazing mother. And she always puts her kids first.”

The vocalist mentioned that Scott tends to be an all-in mother who keeps everyone in check on life updates. Yet, he pointed out that it is a quality in Scott that he admires.

“I mean, there is not a day where she doesn’t show me a photo, tell me a story, and give me some kind of cute moment or hard moment or a real life moment with her daughters,” Haywood explained. “And I love how proud she is of them. If you know her, you know that she has three girls, and that’s the first thing she’ll share with you.”

Haywood continued to rattle off qualities that make Scott a supportive and compassionate parent.

“She is so proud and such an amazing mom that always leans in with her heart, connects with her daughters on a deep level, and works so hard to provide and to be there for them in all aspects,” he concluded.

In 2010 Scott and her husband Chris Tyrrell met on a Tim McGraw tour and tied the knot in January of 2012 during an intimate ceremony in upstate New York. It wasn’t long until the two welcomed their first child Eisele Kaye in 2013. Scott suffered a devastating miscarriage before she got pregnant with twins.

“It took me a while to fully recover after the miscarriage just because it was physically and emotionally [difficult],” Scott told People before sharing that her twins are “a double blessing from the Lord.”

Since welcoming the set of twins, the country couple has had their hands full with a house full of girls. The singer told Everything Nash that she struggled at one point to manage her thriving music career and motherhood.

“I feel like I’m being pulled by both my arms, and I’m a perforated page. That’s how it will always be. The pull of parenthood and the pull of a calling and a dream that we’re so blessed to be able to chase and do and call our career. You can really think about any walk of life, any job, the pull of parenthood, it’s hard for anybody to leave their house,” she told the publication. “Even if you leave in the morning at 8:00 and come home at 5:00, it’s hard to leave them when they’re your world, they’re your responsibility, but wanting them to understand, because we have children to raise them up to be good humans, that this is a part of life and to chase a dream and want them to find the same thing.”

The Grammy Award-winner recently joined forces with genre-bending recording artist Anne Wilson on a tribute track dedicated to “Mamas.” Within the heartwarming music video, Scott is captured playing in a park with her three girls – simply displaying the beauty of motherhood. The harmony-driven track perfect for Mother’s Day lives on Wilson’s debut record, “My Jesus.”