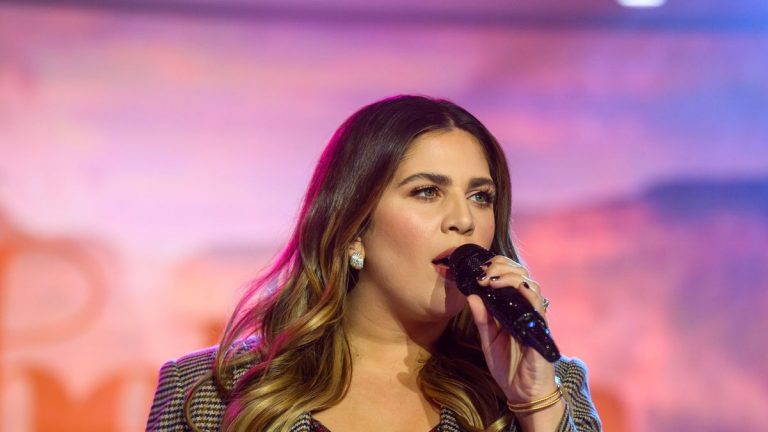 Alongside bandmates Dave Haywood and Charles Kelley, the songstress frequently donates her time working with vulnerable children through LadyAID, empowers females to reach economic independence with DressForSuccess, and fights for equality within the genre.

The multi-platinum artist recently (March 20) sat down with Big Machine Label Group to talk about the importance of kindness and how she approaches each day with an open mind. The hitmaker told BMLG that she started the healthy daily routine during the height of the pandemic when live music was at a standstill.

“I’ve definitely tried to set the intention more of being a student – waking up every day and looking for lessons to learn, looking for wise council to talk to, to learn from,” she shared.

Scott continued to reveal that she tirelessly tries to challenge herself by taking her exercise a step further each day.

“I’ve been really trying to go deeper in my ability to empathize with people – with all people,” she said while touching upon society’s larger purpose. “I think that’s our greatest work as human beings, is just continuing to figure out how to be more loving and kind and empathetic.”

The lessons Scott learned during the global health crisis are reflective in the band’s eighth studio album, “What A Song Can Do.” The 14-track collection produced by Dann Huff touches upon rocky relationships, societal standards, Joyful memories, fairy-tale-like romances, but most importantly, the record and title-track “What A Song Can Do” pushes for unity.

“We have been overfilled with gratitude after releasing this album, and we don’t take it lightly that after eight albums, our music still resonates with so many people,” Kelley said in a statement. “This song is the summation of where our hearts are right now and how much music can really pull us through in times of need. We love writing songs about lost love and things like that, but I feel like our favorite material comes with a strong positive message,” she added about the mid-tempo melody.

To go along with their contagious three-part harmony, the group sparks a conversation around the power of music and how it has the ability to bring individuals together despite the world’s current climate.

So excited to be back at the @opry tonight! Always feels good to be on such a celebratory stage! pic.twitter.com/qHPhnppNpH

Lady A performed “What A Song Can Do” last night ( March 23) at the Grand Ole Opry.