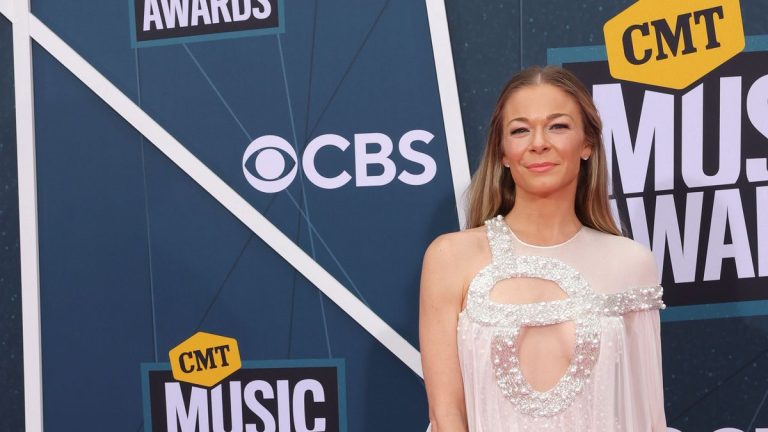 All roads lead to LeAnn Rimes at “CMT Crossroads: LeAnn Rimes & Friends,” which will premiere 8 p.m. (ET) Thursday on CMT.

Carly Pearce, Brandy Clark, Ashley McBryde and Mickey Guyton teamed for a night of music honoring Rimes. The women collaborated to sing Rimes’ biggest hits for an evening that she calls “surreal.”

“It was such a magical moment,” said Rimes, who is celebrating her 25th anniversary in music this year. “It’s still very humbling to know how much I’ve meant to these beautiful women and how I’ve influenced their lives. It’s just a lot to take in. I don’t hear it often. But I think I’m to the point, finally in my life, where I actually let it sink in.”

Rimes is an international, multi-platinum selling singer/songwriter who has sold more than 48 million units, won 12 Billboard Music Awards, three Academy of Country Music Awards, and two Country Music Association Awards. At 14 years old, Rimes took home the Grammy Award for “Best New Artist,” making her the youngest solo artist to win the prestigious prize. Rimes has released more than 40 singles throughout her career, and her ballad “How Do I Live” holds the record as Billboard’s Hot 100 all-time No. 1 hit by a female artist.

“What better way to celebrate LeAnn’s music and legacy than to bring together those who credit LeAnn for inspiring their own careers,” said Margaret Comeaux, Vice President, Production, CMT. “The reciprocal admiration amongst these women is more than evident throughout filming and makes for a truly magical connection on stage in this special extended episode of CMT Crossroads.”

Pearce said listening to Rimes as a young child made her feel like she could make it in music.

“When I say I imitated her in my childhood years, it’s the truth,” Pearce said. “I won talent shows at school singing her versions of songs. My mom had to push to try and find a vocal coach at 6, 7 and 8 years old because LeAnn was a 14-year-old doing it. I owe so much of my early years of development as an artist to her. When this came up, my little childhood self was so excited.”

Ashley McBryde was in awe.

“To hear her story of how she put the yodel on ’Blue’ when she was 13 years old, she’s a mastermind,” McBryde said. “She’s a prodigy. She has been doing what I wanted to do my whole life already for 25 years.”

“This show is amazing,” Rimes said. “It was the camaraderie of the show and just like how relaxed it just felt. I know when everyone’s seen it so far, people say it just feels like it all fits so well. The girls are beautiful.”

Rimes’ new album “god’s work,” which features Mickey Guyton, will be released on Friday, Sept. 16. The album includes the new track “how much a heart can hold,” which Rimes sings on “CMT Crossroads: LeAnn Rimes & Friends.”