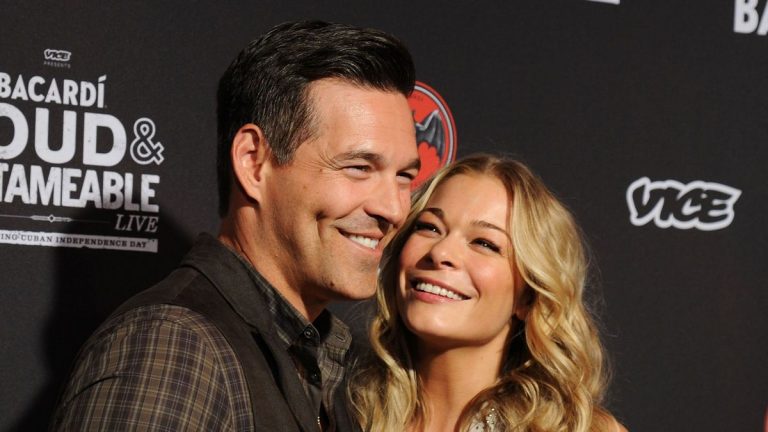 Country music icon LeAnn Rimes has spent over a decade wed to actor Eddie Cibrian, and the two are still on cloud nine. The “Blue” singer shared a short montage to her new love-centric track “how much a heart can hold,” to celebrate their 11 year wedding anniversary on social media.

The slideshow began with several black-and-white photos from their special day and videos of unforgettable moments throughout the years. The hitmaker’s soul-touching vocals backed the sweet snapshots that showcase their endless love for each other.

“Happy 11 years to us @eddiecibrian. It’s a year to the day since I first shared a snippet of “how much a heart can hold” with you, as Eddie and I celebrated our 10th anniversary,” she wrote alongside the video. “I never expected the reaction we received to the song.”

The snippet was pulled from the music video for “how much a heart can hold,” which was released on Friday, April 22. Rimes’ continued to mention that she wanted to give fans a sneak peek into their wedding day to honor the song and the milestone.

“As we embark on our 11th year of marriage, we wanted to celebrate by releasing a little extended video,” she said. “Sharing some never before seen images from our wedding day and moments and memories captured along the way,” she added.

The powerhouse vocalist shared that the mid-tempo love song was a last-minute addition to her forthcoming record, “god’s work.” Rimes’ declared that she was concluding the project when she realized that the tribute track was the missing element.

“As we were finalizing my new record, god’s work, I decided to head back into the studio and add it to the tracklist at the last minute,” she said on YouTube. “Even though I wrote this song for Eddie for our wedding, it feels like the sentiment fits this album perfectly. After 11 years of ’how much a heart can hold’ being just ours, the overwhelming, outpouring of love, convinced us, it was time to share it with the world,” she concluded.

The multi-platinum artist also brought the beloved ballad to CMT Crossroads: LeAnn Rimes & Friends, where she joined forces with trailblazer Brandy Clark and turned the moving melody into a duet.

The Grammy Award-winning singer met the Hollywood hunk on the set of “Northern Lights” and got engaged in 2010 on Christmas Eve. It wasn’t long until the two tied the knot in 2011 at a private home in Los Angeles, California. The two do not share children, but Rimes is a stepmom to Cibrian’s sons Mason and Jake from his first marriage.

Rimes’ forthcoming 12-track record is set to drop on Sept. 16, and will feature artists Mickey Guyton, Aloe Blacc, Ziggy Marley, Ledisi, Ben Harper, Sheila E., Robert Randolph, Tata Vega, and more. The legend will be celebrating her 25th career anniversary on tour ahead of the album release and will kick off the journey in May.