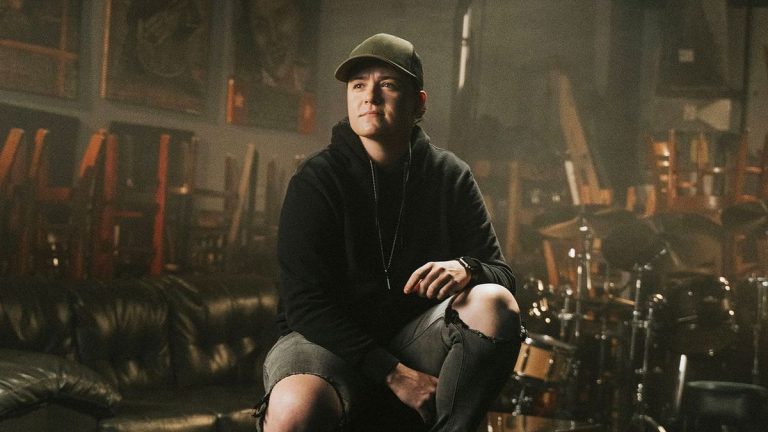 Lily Rose taking over a decade to become an “overnight” success via the digital viral success of her single “Villain,” is only scratching the surface of her story. Because her rise took ten-plus years, it also — upon taking with her — highlights something else: she’s had a decade to study precisely how, if given a chance, she’d maneuver her way to the top. Eighteen months after the onset of COVID-19, Rose is now signed to Big Loud Records and releasing her debut, seven-track EP, Stronger Than I Am. A conversation with the emerging star highlights her extraordinary awareness of her opportunity and her genuine joy at discovering and working with the alchemy that drives pop songs to become iconic, cherished moments in the hearts and minds of fans worldwide. Everything from Phil Spector’s “wall of sound” to Asbury Park-era Bruce Springsteen is covered in this conversation with CMT. Upon listening to Stronger Than I Am, the title track and songs like “Remind Me Of You” offer notions of singer-songwriter magic made real. If looking for an artist willing to take an inch of acclaim and turn it into a mile of a masterful career, look no further.

Marcus K. Dowling, CMT: What, exactly, has changed for you as an artist in the past twelve months, and how has that impacted the work that yielded Stronger Than I Am?

Lily Rose: The stakes are now higher — I’m achieving bucket list goals these days — so there’s less room for error, that’s for sure. Everything listed below, publishing deal and record deal, is now tangible at the top of that list. [To that end], there are more people on my team helping me decide the tracks that are being cut now, too, so that helps maintain a certain level of integrity and quality. I don’t want to put out anything that’s not an absolute heater.

CMT: As far as the EP, where would you directly identify the places where you feel like you showcased your growth from “viral star” to “country artist on the rise?”

LR: “Stronger Than I Am” is a level up for me in every way possible. Sonically, my producer, Joey Moi, created a “wall of sound” thing that makes the song feel heart-wrenching and uplifting. Ever since I was a kid going to a Bruce Springsteen concert when I was nine years old, I’ve always understood the elements of a song being amplified to a level where people sing, dance, and cry to them in arenas and stadiums. A song emerging from making a pin drop in a listening room to causing that kind of response in a larger venue…those are the kind of songs I’m trying to cut now.

CMT: What’s the motivation these days as far as being able to take what you’ve put out, and then, take it to a place where, say, you’re doing that Springsteen-type thing from the Asbury Park era, where the albums felt bigger and bolder with each release?

LR: That’s the goal! I’m always trying to hear something better than the last song I put out. I feel like I just put out seven gnarly, great songs that represent me at the next level of my craft. Now, I hear things like Lainey Wilson’s “Things A Man Oughta Know,” and I love that she’s using different hooks and different ideas than everyone else. I’m also a fan of groups like One Republic and Imagine Dragons and artists like Katy Perry and how they used 808s and drum machines. That keeps me inspired. That’s what it’ll take to keep my music — and country music in general — fresh.

CMT: You’ve also shown a talent for writing dating songs. I mean dating in the sense that they’re not about finding love or ending love — or even the act of being in love — but rather, they’re about the day-to-day emotional aspects of dating someone. Thoughts?

LR: Thanks for this question. I love answering questions I don’t always get asked because it forces me to think more. Hmmmmm…“Remind Me Of You” sticks out the most in tis vein. Many people — if they’re married, dating, or whatever — putting you in a powerful moment in the middle of a relationship is something that never happens. It’s either songs about the beginning or end of a relationship, but I like to focus on the moments, as they’re happening, for sure.

CMT: I also wanted to ask you about the diverse elements I hear in your sound. There are 90s country power ballads, some of those 80s R & B-influenced country vibes, things that wouldn’t make sense together for a lot of people. But you’re finding a way to make that happen. How are you pulling this off?

LR: All of those things you mentioned share one thing in common: explosive choruses. Top 40 and country music share that element. I’m cool with having that be a part of the brand I’m developing in pop country because I grew up on music like that. Also, now, when I’m writing these songs with other writers and just a guitar, [it’s enjoyable] to sit with people who share the same goal of making a small song explode like that and feel cinematic and huge.

CMT: As far as “Villain,” what has improved for you about that song that you have to perform it and ’live in it’ a lot more than you probably ever expected?

LR: You know, funny story: I was at the gym earlier, and I heard “Villain” [unexpectedly]. Immediately, I realized that my vocal on the song — because I’m taking vocal lessons — is stronger and has improved. As well, because I play the song so much with a full, live band now, it has so much more of that haunting, “Batman/gothic/Marvel Films” energy.

CMT: You’re about to head out with Chris Lane on his Fill Them Boots tour. What’s the one thing you’re looking forward to people experiencing from hearing this EP played live?

LR: I can’t wait to hear the audience response grow with how loud they’ll end up singing the songs on this release. These are all songs that I feel have huge potential on radio, as videos, and becoming songs that people gain comfort with quickly.