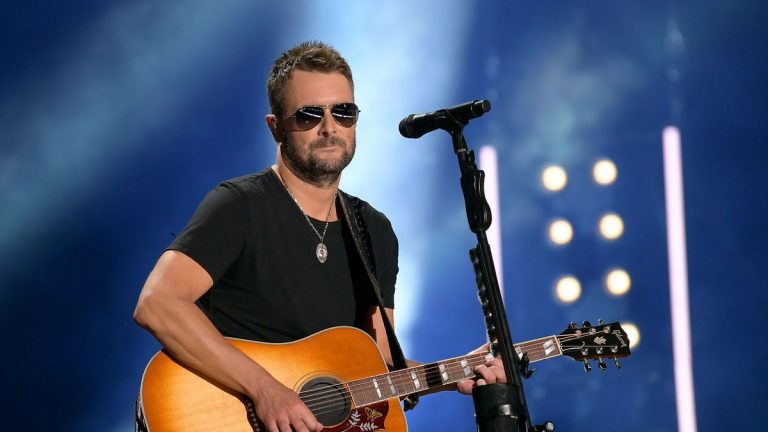 The Church Choir is praising the man upstairs, as they recently received new music from country music star Eric Church. The multi-platinum artist surprised his devoted fan base Wednesday afternoon (April 20), with an acoustic rendition of the chart-topping track, “Heart On Fire.”

The Chief dropped a stripped-back version of “Heart On Fire” from his 2021 “Heart” album. The sudden release was in honor of the one-year anniversary of “&,” the second volume of his critically acclaimed triple record. As of right now, “&” is only available on vinyl to members of his fan club.

“Happy 1 year anniversary to the Church Choir-exclusive “&” EP!,” the icon wrote alongside the purple cover art on Instagram.

Fans outside of the community took to the comments to convince Church to release the collection to the public.

“Isn’t a 12-month exclusive long enough? Please release it for everyone now 😢,” begged a follower. “Now release it on other platforms so I can add it to other playlists and not have to login into the Church choir every time I wanna hear ’Mad Man,’” said another one.

The exclusive collection contains six emotional-driven and thought-provoking melodies. The tracklist touches upon several different topics from love, hard goodbyes, his devoted fan base, and a friendly nod to all the significant individuals in his life who stuck by his side.

Songs such as “Through My Ray-Bans,” “Doing Life With Me,”Kiss Her Goodbye,” “Lone Wolf,” and more were born during a boot camp off the grid. Church and a handful of frequent collaborators fled Nashville to elevate their storytelling in Banner Elk, North Carolina pre-COVID in 2020.

Alongside longtime producer Jay Joyce, Church tirelessly recorded in a make-shift studio in a seasonal restaurant for 28 days straight to cultivate the 24-song triple record.

“What I was searching for there was that tension, that hunger, that magic,” Church told the Tennessean. “I think everybody was a little bit skeptical going in — rightfully so — but it was funny how fast it turned. By day two or three, people started to go, ’Something’s happening here.’”

“Heart On Fire” served as the first song he recorded in the mountains from the expansive project. The country-rock-infused single quickly got the ball rolling and sparked creativity during the month-long retreat. The award-winning artist described the love-centric hit as the “icebreaker” for the entire process.

The acoustic version maintains the integrity of the soulful single, as he naturally picks at his guitar and delivers flawless falsettos.

The mastermind is currently performing the three-part LP live on his Gather Again Tour. Church will wrap up his run at the legendary Madison Square Garden in New York on May 20, 2022. Tickets are currently available for purchase, here.