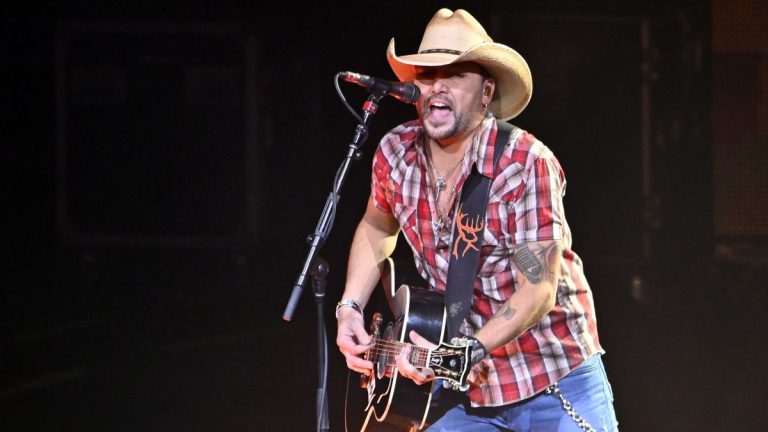 The razor-sharp lyrics convey a narrative about a man struggling to heal a broken heart following a breakup. Throughout the single, Aldean explains why the character wants to escape reality by snagging a one-way ticket to get lost in the clouds.

The multi-platinum artist has been slowly rolling out material off of “Georgia,” the second installment of his double album. The upcoming collection pays respect to the state that turned him into the person he is today. To date, the singer-songwriter dropped “Whiskey Me Away,” “My Weakness,” “Trouble With a Heartbreak” and “Rock and Roll Cowboy.”

“MACON” served as the first part of the 30-piece project and was released in November 2021. The critically acclaimed collection includes the chart-topping anthem “If I Didn’t Love You,” featuring Carrie Underwood.

Aldean scored a GRAMMY nomination for Best Country / Group Performance for the smash hit, “If I Didn’t Love You.” The star-studded ceremony will be broadcasted live this Sunday, April 3 on CBS.

“Man, these @recordingacademy nominations are hard to get. I have been fortunate to have a few nominations over the years, and we got another one today. I have never won a Grammy, but it’s definitely on my bucket list. Maybe this is our year! Really proud of this song and all it has accomplished so far. Regardless of the outcome, Thanks to the Grammy voters for the nomination,” said Aldean on Instagram following the career-altering news.

“If I Didn’t Love You” is also in the running for two 2022 CMT Music Award’s for Video of The Year and Collaborative Video of The Year. Voting is now available for country music fans at CMT.com. The must-watch party will air Monday, April 11 at 8 pm ET/ delayed PT on CBS and Paramount+.