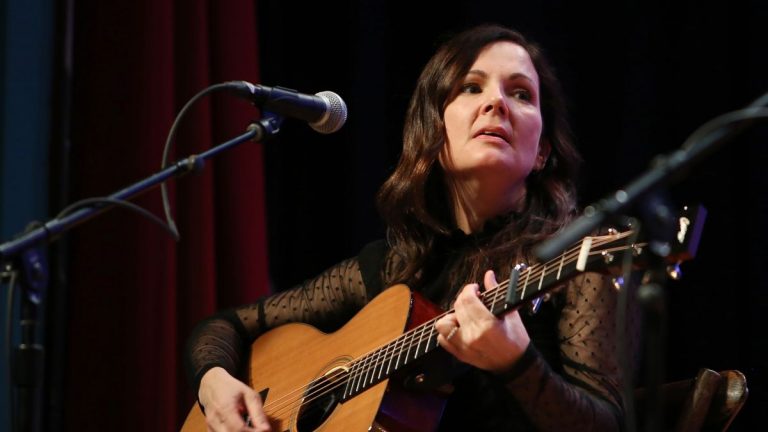 Lori McKenna has had a hand in writing some of country music’s biggest hits, including Tim McGraw’s “Humble and Kind,” Carrie Underwood’s “Cry Pretty” and Little Big Town’s “Girl Crush.”

But Taylor Swift might be her most famous collaborator. The pair wrote Swift’s hit “I Bet You Think About Me” before Swift played at Gillette Stadium. The song was re-released in 2021 on “Red (Taylor’s Version)” but originally came out in 2012.

McKenna dropped by to chat with Thomas Rhett on Where We Started Radio about her memories songwriting with Swift.

It started as a surprise.

“A couple days before she gets here, I’m eating dinner with the kids, and I get a FaceTime from a number I didn’t know,” McKenna said. “This is back 10-something years ago. And I answer it because we were like, ’Who’s FaceTiming me?’ And it’s Taylor like, ’Hey, I’m coming to town. Would you have some time?’”

McKenna and Swift share a mutual friend – songwriter Liz Rose. McKenna had met Swift once or twice, and McKenna said sure.

“(She had) two sold-out nights at Gillette Stadium,” McKenna recalled. “And she showed up at my house, day of the first show with this song. She pretty much had the “I Bet You Think…” she had the title. She had what she wanted to say. She kind of just wanted somebody to bounce stuff off of.”

McKenna said she checked in with Rose to make she remembered the story correctly because Swift has such a unique way of songwriting.
She doesn’t take notes.

“I was like, ’Am I crazy? Do I remember this right?’” she remembers asking Rose. “She didn’t write down anything. She just remembers. And it’s one of those real fun co-writes where you’re just the cheerleader. You’re the coffee maker. You’ll get a sandwich if they need to eat or something, but you’re there for moral support.”

McKenna said she tried to just be there, listen, and be her best friend during the process.

“If there was something that I thought I could add, and she just wrote this song, and we sang it maybe once, and I typed the lyrics, and she jumped in a car, went to the show,” McKenna said.

McKenna and her kids went to Swift’s sold-out show at Gillette Stadium, too, and she says the singer “took care of us all night long.”

“It was extraordinary,” McKenna said.