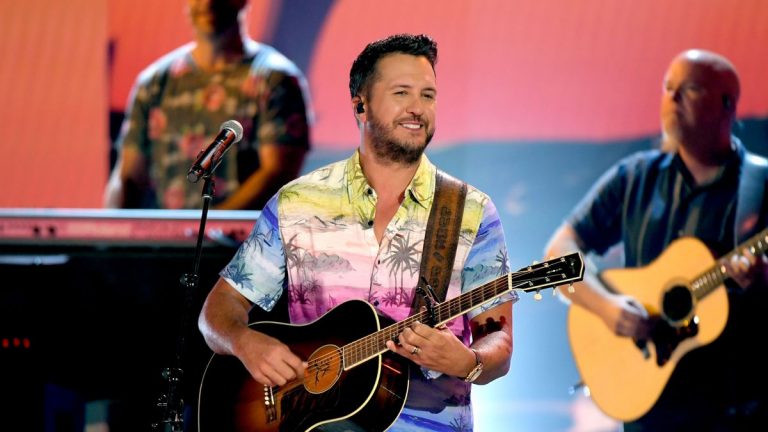 Blake Shelton may be posting videos of himself riding his tractor on social media, but Luke Bryan is calling his bluff. When it comes to farming, Bryan told The Ty Bentli Show on Apple Music Country that he is a much better farmer than his Oklahoma friend.

“I mean, he’s just putting out like wild grasses, stuff that literally will grow on Mars,” Bryan said, joking. “So I mean, I’m actually planting stuff that human beings can enjoy. I’m not feeding a bunch of rabbits and moles and stuff. Blake’s farming like earthworms and stuff.”

Bryan grew up thinking he was going to be a farmer. He imagined a future of grain bins, tractors and a white farmhouse and said it’s “quite shocking” that he has “somehow pulled off the music business.”

“The biggest thing was when I got out of college, I worked for my dad,” Bryan said, explaining that his dad owned a fertilizer company and a peanut mill. He remembers working 15-hour days every fall to harvest the peanuts and says it was crazy because afterward, he felt like he’d “been in a gang fight.”

“That’s how hard we were working,” Bryan said. “It was 24/7, and just working constantly during peanut season. But then, you know, the main thing was I … was still gigging. I was still playing concerts Fridays and Saturday nights. I mean, I’d be in the damn peanut mill on a Thursday, and God, I mean, I’d have to go drive through the night and sing college shows with peanut dust all in my lungs. It was a wonder. I probably sounded pretty awful back then.”

During the pandemic, Bryan got back to his farming roots – not with peanuts but with sweet corn. He said he was so bored he didn’t have anything else to do. He bought a planter, garden tractor and harrow disc, then planted five acres of corn.

“I call my dad, and I’m like, ’Daddy, we’re planting corn,’” he said. “He goes, “Ain’t that something? You moved to Nashville to get away from this, and now 15, 18 years later, you’re back to planting corn.’ But the main thing of what was fun about it was … I’ve been so busy. I’ve got some buddies in my world. They’re trying to do a garden, or they’re… like, ’Buddy, that field looks horrible. You don’t have it right.’ And I’m like, ’Well, I don’t have time. I got to go do all this.’ So finally, I had time. When I got done getting this field ready to plant, I was like, ’Boys, behold. That’s what perfection looks like.’”