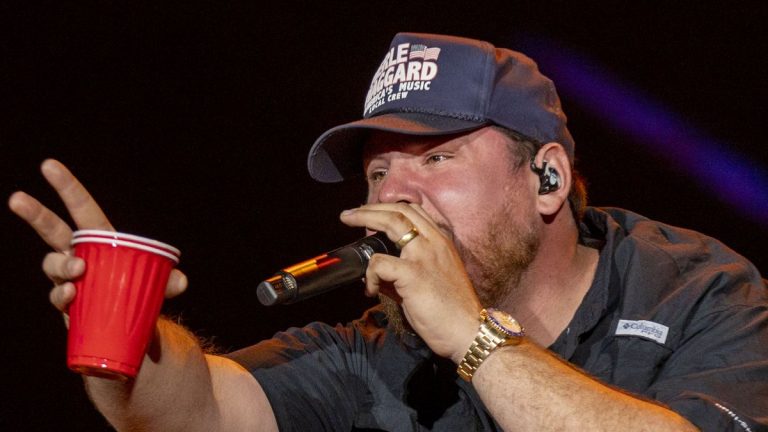 Music fans flocked to the 2022 Stagecoach Festival in Indio, California, to see some of the biggest names in country. Sunday evening (May 1), country hitmaker Luke Combs closed out the honky tonk affair with a jaw-dropping show and surprised fans with an unforgettable duet with Cody Johnson.

While performing on the main stage, the multi-platinum artist called out Johnson to join him on the revamped version of Brooks & Dunn’s debut single, “Brand New Man.”

With the energy running low in the crowd, the Texas native and Combs brought the heat and gave ticket-holders precisely what they needed to finish the three-day event strong. While singing the old-school classic, Combs and Johnson shared a bottle of tequila.

Their electrifying harmonies and impressive take on the 1991 hit cultivated a desert-like party. As festival-goers sang along and captured the remarkable rendition, Combs’ named Johnson “the baddest dude in country music.”

Following the memorable moment, the “Til You Can’t” singer took to social media to recap the duet with COJO Nation and to promote their upcoming concerts together.

“#COJONATION Thank you for an amazing weekend at @stagecoach! Can’t wait share the stage again with @lukecombs on 5/21 at @empowerfieldatmilehigh, 6/4 at @lumenfield and 7/30 at @mercedesbenzstadium,” he wrote alongside the captivating clip.

Fans in attendance rushed to the comments to praise the collaboration.

“What a great show! We loved it! 👏❤️ 👏❤️,” a follower gushed. “My favorite stagecoach moment this year,” another pointed out.

Combs joined forces with the legendary duo in 2019 to re-record the fan-favorite hit penned by Ronnie Dunn, Kix Brooks, and Don Cook. The fresh cover now lives on Brooks & Dunn’s 12-song collection, “Reboot.” Since the release, “Brand New Man” has become a staple on Combs’ setlist.

The “Doin’ This” artist was not the only notable name to make the cut on Brooks & Dunn’s 2019 record, as Kacey Musgraves, Jon Pardi, Brett Young, Midland, LANCO, Kane Brown, Tyler Booth, Ashley McBryde, Brothers Osborne, and Johnson were all featured on the collection. Shortly after the release of “Brand New Man,” the iconic duo and Combs performed the epic single on an episode of CMT Crossroads.

Best. Night. Of. My. Life!!! I am still freaking out!!! Thank you, @axlrose, for making this lifelong dream come true!!! You rocked that @Stagecoach stage harder than anyone has ever rocked it before! ❤️❤️❤️ #SweetChildOMine #ParadiseCity #AxlRose… https://t.co/Z91QtDQ6OI pic.twitter.com/vQnAJJMFPn