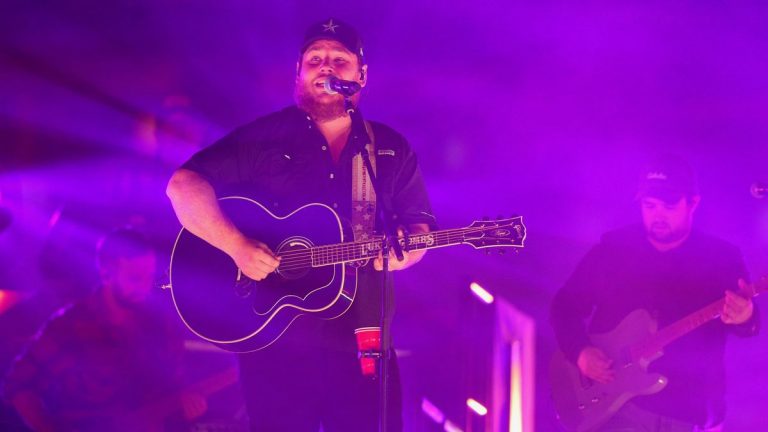 In his just over a half-decade as a mainstream label-signed country artist, Luke Combs’ impressive run of 12 consecutive No. 1 singles at country radio tends to highlight how many people judge the success of his run-to-date as a performer. However, the seven platinum plaques he just received in one single day could add to how his excellence is defined.

Recently, Combs was awarded Recording Industry Association of America certifications marking his current, 2019-released No. 1 album, What You See Is What You Get, achieving triple-platinum sales status, while his 2017 debut, This One’s For You, has now eclipsed the equivalent of four million sales. Moreover, five of Combs’ No. 1 hits — “Beer Never Broke My Heart” (4x Platinum), “Forever After All” and “Even Though I’m Leaving” (3x Platinum) and “1, 2 Many” and “Does To Me” feat. Eric Church (Platinum).

Combs received his certifications in a private ceremony in New York City for his November 29th and 30th sold-out tour gigs at Madison Square Garden, which were rescheduled from his original concert on December 1, 2020. This does not stop the seemingly neverending run of acclaim for the Huntersville, North Carolina-born artist. Moreover, he’s nominated for Best Country Solo Performance at the 64th Annual Grammy Awards for “Forever After All,” was awarded the honor Entertainer of the Year at The 55th Annual CMA Awards, plus played halftime of the Dallas Cowboys and Las Vegas Raiders NFL game on Thanksgiving evening. Regarding the latter, fellow country artist Coffey Anderson commented on an Instagram post about Combs’ performance from AT & T Stadium, “Great job last night. But when those red solo cups hit your hand, I stood up in the house! I said, ’Come on, Luke! He ready now, son!’”