Luke Combs Talks Daytona 500: “Got The Offer To Come Back, And Couldn’t Pass It Up” 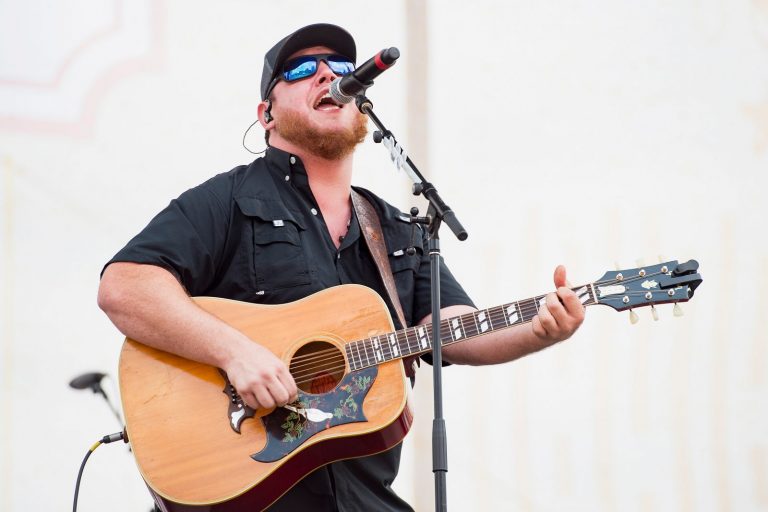 Before the race cars rolled off the platform and positioned themselves on the track, the multi-platinum artist performed chart-topping hits, “Doin’ This,” “Forever After All,” and “Beer Never Broke My Heart.” The quick set under the beaming sun marks Luke Combs’ second year performing at the Daytona 500, yet it was his first time playing the venue without strict COVID-19 restrictions.

Combs brought his talents to the sunshine state in 2021 and performed at the legendary affair for the very first time. However, due to the global health crisis, NASCAR carefully created a COVID-friendly environment.

Following the socially-distance show in 2021 – Combs said he wanted to return to the racetrack to receive the full-fledged experience.

“Performing before the Daytona 500 this past February was something I never could have imagined,” Combs told NASCAR in June. “I will never forget it, but it wasn’t with a full house. That is why I am so excited to come back and have the opportunity to entertain more than 101,000 of the greatest fans in the world in person and million worldwide on FOX,” he added prior to the event.

Daytona International Speedway President, Frank Kelleher, shared that having the award-winning musician back to perform before The Great American Race was a no-brainer.

“Luke said he wanted to come back, so we are welcoming him with open arms,” Kelleher said. “It means a great deal to the speedway, the competitors, NASCAR, and all our fans that he wants to be a part of the Daytona 500 again. We’re expecting a packed house, and he will be electrifying for those in attendance as well as those watching at home on FOX.”

After the “Hurricane” singer dominated the Daytona 500 stage for a second time and pumped thousands of rowdy sports fans up – he sat down for a press conference to discuss the race and his love for the intense competition.

The musician did not fail to show off his knowledge about the sport, as he touched upon the 40 Next Gen cars that appeared on the field for the first time. Next Gen cars are built differently than the ones spectators have witnessed go around the track. The innovative vehicle now has the ability to stand up better in accidents.

“Going from the 15-inch wheel to the 18-inch wheel and being 20 pounds lighter…I mean, there is going to be some benefits, I think hugely for some of the pit crews,” he mentioned to multiple outlets before the race. “It’s going to be different for these guys out there today. But I’m excited to watch it, and it’s going to be a good race either way,” he uttered full of excitement.

While expressing his familiarity with the sport and how the competition has altered throughout the years, Combs shared that he grew up watching NASCAR with his grandfather.

“My grandfather was a courier who delivered paychecks to the drivers in Charlotte. I was born in Charlotte,” he explained. “So, I grew up around it. I grew up watching it with my grandfather. It was always something that I loved. Country music and NASCAR, man, it just kinda goes together,” he stressed with a smile.

To honor his contribution to NASCAR, Kelleher surprised Combs with a patriotic Daytona 500 guitar.

“You’re welcome here anytime, man. So, on behalf of the France family and everyone at Daytona, this is for you, brother,” he said while gifting the star with the keepsake.

Luke Combs was not the only hitmaker representing the country music genre at the 2022 Daytona 500, as Trace Adkins delivered a goosebump-provoking rendition of the National Anthem. The icon who is set to star in the upcoming FOX drama series, Monarch sang The Star-Spangled Banner a cappella for the sold-out crowd while the U.S. Air Force Thunderbirds soared across the clear blue skies.

“That NASCAR crowd…those are my people,” the legend told Taste of Country. “We are cut pretty much from the same cloth.”

Monarch featuring Trace Adkins will arrive in the Fall of 2022, and Combs is expected to drop his forthcoming third studio album in the near future. Tickets are currently available to see Combs on his three-show tour with Morgan Wade, Cody Johnson, and Zach Bryan in May.