Madeline Edwards is Thankful, Questions ‘Why Me’ Ahead of CMA Awards 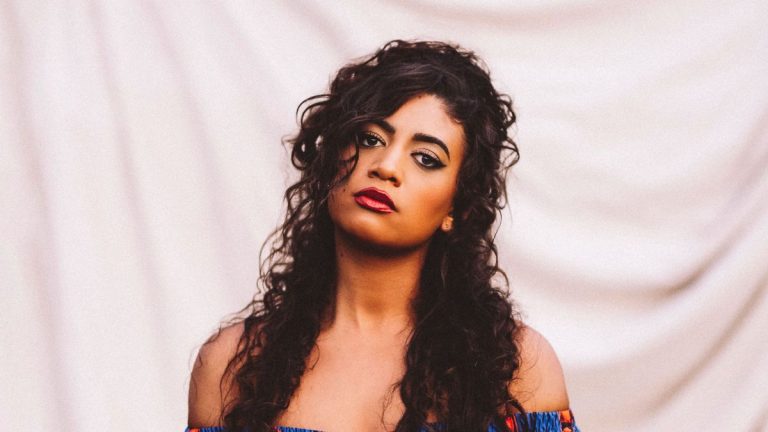 Multi-genre singer Madeline Edwards met Mickey Guyton at a dinner party soon after she moved to Nashville in early 2021. Guyton was fresh off her performance on the Grammy Awards, and Edwards remembers everyone at the party was asking Guyton about the experience.

When Edwards was seated next to Guyton at the dinner, she opted for a different track.

“I looked at her and said, ‘Did you get pregnant during quarantine?’” Edwards recalls. “She was like, “(Girl), let me tell you. It was this really unique opportunity for she and I to connect woman to woman.”

Edwards, a Texas native, later worried that she said the wrong thing. But Guyton listened to her music the next day and started posting about her music on social media. Then, about nine months later, Guyton invited Edwards to perform with her on the 55th CMA Awards. Guyton, nominated for New Artist of the Year, will sing her “Love My Hair” with Edwards and Brittney Spencer on the show, which will air live from Nashville 7 p.m. CT Wednesday on ABC.

“She Facetimed me one day with Brittney Spencer and was like, ‘I just got out of a production meeting with the CMA producers, and they asked, ‘Do you want any other artist to feature with you on this song?’” Edwards said. “She was like, ‘Hands down, Madeline Edwards and Brittney Spencer.’ She’s been in my corner since the night I met her. Her support has been so remarkable, I think, ‘Why me?’ It’s a testament to Mickey and who she is.”

Edwards, 28, didn’t grow up listening to country music, and she isn’t proclaiming herself a country singer. Her passion has been jazz since she was 4 years old and heard Ella Fitzgerald for the first time.

“I remember hearing her voice and thinking, ‘I don’t know what that is, but that’s what I want to do forever,’” she said and explained she started playing piano soon after. “Her talent moved me so much.”

Then Edwards heard Amy Winehouse. She was 14 years old and had already been playing piano for a decade.

Edwards started taking steps towards a country project two years ago. She respected the genre enough to do a deep dive back into the earliest days of bluegrass and listened forward. She landed on Maren Morris and Chris Stapleton and wants country music to be part of her “permanent sound.”

“My sound is very organic and very classic,” Edwards said. “This gospel record that I just put out has hints of country and jazz. Jazz, gospel and country – I think if I can solidify that sound, people will like it even if they don’t understand it.”

These days, she considers her biggest influences Chris and Morgane Stapleton and John Mayer. She envies how Mayer can make an album of any genre, and no one talks about labels – they just say John Mayer made a new album. Edwards released her gospel song “The Road” this spring with plenty of glimmers of country and soul. Her first country single “Best Revenge” is out now.

“I originally wrote it about a horrible landlord, but it took its own form,” Edwards said. “It’s just about turning the other cheek and says the best revenge is about going on your own way and having your own success. People will see that and regret not having you in their life.”