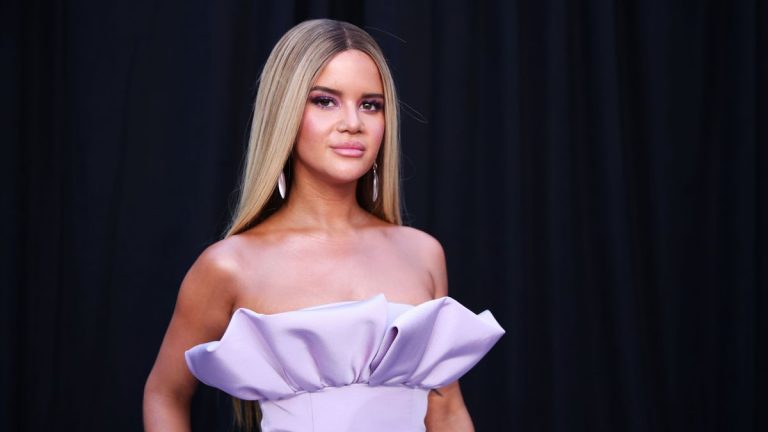 Maren Morris was like most aspiring singers when she moved to Nashville. She drove a car to Music City that she probably shouldn’t have trusted to make the trip. She had crackly demos, and her songs weren’t as developed as now. But, she was hopeful.

She details her story in her new song “Circles Around This Town,” written with her husband Ryan Hurd and fellow singer/songwriter Julia Michaels.

“’Circles Around This Town’ is special because it’s probably the most specifically autobiographical song I’ve ever written,” Morris told New Music Daily on Apple Music 1. “All the songs that I write are about my story, but this one was very specific to my journey from Texas to Nashville nine years ago to become a songwriter, which then led in to me becoming (the) artist that I am today.”

Morris said the day they wrote “Circles Around This Town” that she wasn’t sure she wanted to “get that specific” in a song. She was worried other people to be able to relate to it. But, with encouragement from Michaels, Morris “just decided to go for it.”

“I felt like that was the smartest thing and the most emotional thing,” Morris said. “Even though this song is super upbeat and jangly, it’s really about keeping the gas pedal down on your dreams.”

Morris, Hurd, and Michaels wrote the song in 2020, and the singer explained she felt like she was stuck in a time loop. She struggled to write songs because everything was closed, and she said she “sucked at” co-writing on Zoom.

“I really need to just be in the room with people,” she said.

She and Hurd met Michaels in person to “safely” write “Circles Around This Town.”

“It was our first time and only time writing,” she said of working with Michaels. “I would love to (continue) writing with her because she’s amazing, but this was the only time that we had written. She just knocked it out of the park with getting really, really specific to me and getting to know me, but also putting it in the song.”

As soon as Morris got the demo back for “Circles Around This Town,” she knew it would be the first single from her third album and views the song and the first chapter of her next era.

“It just makes me feel good to listen to,” Morris said. “So, I hope that when listeners hear it, they can hear a bit of themselves in that story, even that though it is mine. I feel like everyone’s got a daydream, everyone has a goal, and it’s really just about knowing that that target is always moving but knowing that if it’s something you really love and you want to put the time and effort into it, it doesn’t feel like a job.”

The song marks Morris’ first new music in three years — and she wrote it over the last 24 months. During that time, she became a mother and the pandemic struck, which made the world a “very odd space.”

“I needed to make this record to pull me out of the weird boredom, depression that I think every human being on this planet has had during the last couple of years,” she said. “Trying to remain positive and inspired is a choice every day, and it’s a hard one to make sometimes. Sometimes you just want to wallow in it, but I needed to start making music again to remind myself that this is what I’m good at, and this is what I love doing.”