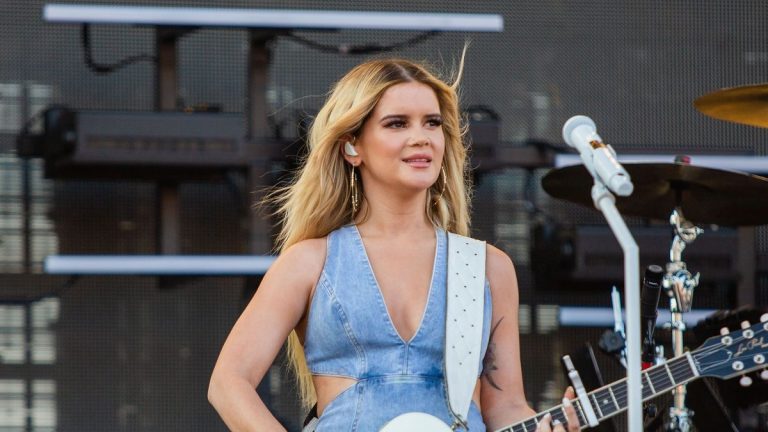 Maren Morris revealed plans for her 41-date six-month 2022 Humble Quest tour on Monday, and for many of the dates, she’s surrounding herself with strong and diverse female voices.

Morris, who will release her new album “Humble Quest” on March 25, recently told The Kelleigh Bannen Show on Apple Music Country that she believes the best way to support other women is to pay them.

“Whether it’s glam or styling or being on the road, openers that I choose to bring out with me, crew members,” she said. “It’s not a leg up to pay somebody who is good at their job and also makes a safer environment on the road, which is a very, in some camps, toxic environment. I’ve seen them firsthand. That’s how I’ve decided that’s my power, is to pay them.”

Morris told Bannen she thought Mickey Guyton, Cam, Yola and Oladokun are among the women driving change in country music right now. She pointed to Guyton’s Super Bowl performance and Cam’s understanding of white privilege and fake conversation as evidence.

“Cam has really helped me understand what is going on,” Morris said. “How hard it is to wake up and realize that you’ve been doing it wrong and you’ve been complicit, even if you weren’t trying to be. It’s not taking away from your talent or your hard work. It’s just saying that you’ve benefited from a system that is supposed to be only for people that look like you. She has helped me kind of articulate that better with me. And she calls it Racism 101. We’re all in that phase right now.”

Morris said she wants Yola “around at all times just to talk to me and narrate my life,” and she called tour mate Oladokun an “incredible artist” with “one of the most soothing, gorgeous, honey type voices.”

“Oh, how I’ve missed you,” Morris wrote on social media about her tour. “I can’t wait to see you out under the stars… 💫🌙”