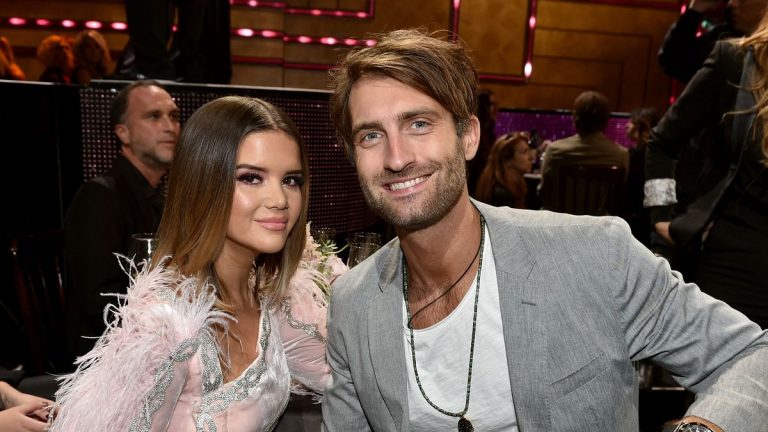 Maren Morris is anxious to release her new album “Humble Quest” on Friday, but she admits her outlook hasn’t always been so rosy.

Morris recently told PEOPLE that her husband, singer-songwriter Ryan Hurd helped identify that she was suffering from postpartum depression after their song Hayes was born in 2020.

“I do check-ins all the time (with) therapy, which I’ve done for years, and my husband was a huge help diagnosing that, too,” Morris told the magazine. “Sometimes it’s just someone really close to you saying, ’Are you OK?’ It’s so simple, but it kind of snaps you out of whatever fog you’re in that you think is normal but isn’t.”

The “Circles Around This Town” singer knows she isn’t the only one who struggled with mental health during the pandemic, and having her son at the beginning of it just added another layer of difficulty.

“I’m pretty sure everyone in lockdown, and this pandemic has had to do a temperature check on their mental health, and maybe it’ll become a more perpetual practice going forward because of these two years — I hope it is,” she said. “I just think there’s not a stigma as much around talking about it and reaching out for help. It’s been such an amazing thing to know that I haven’t been alone in this, that other women have all been dealing with the same exact fears and anxieties; even just knowing that if I wake up in the middle of the night with a panic attack, I know that I’m not the only one.”

Morris says Hurd, her duet partner on their No. 1 hit “Chasing After You,” was a massive source of strength and that she “wouldn’t have made it through with my head this high without him.”

The couple grew even closer during the pandemic.

“This was the most time we had ever spent with each other, and we had a kid, so we were getting to know each other in a deeper way,” she told PEOPLE. “We definitely got stronger.”

Hurd added: “I’m very proud of her. Maren is an incredible mother and partner, and our quiet little life at home has just made it incredibly difficult to leave and go to work. I’m really thankful for our little home bubble.”

Morris will share more about her journey as an artist, wife and mother when she launches “Humble Quest Radio,” a new weekly radio series airing on Apple Music 5 p.m. (ET) March 29. A statement explains she plans to bounce between disc jockey, therapist, confidante, warm shoulder, and best friend as she responds to questions and comments from fans submitted through her Humble Quest HQ Hotline paired with themed playlists tailored to each episode.