Maren Morris Wants To Perform In ‘Wicked’ On Broadway: “Gonna Send An Audition Tape In” 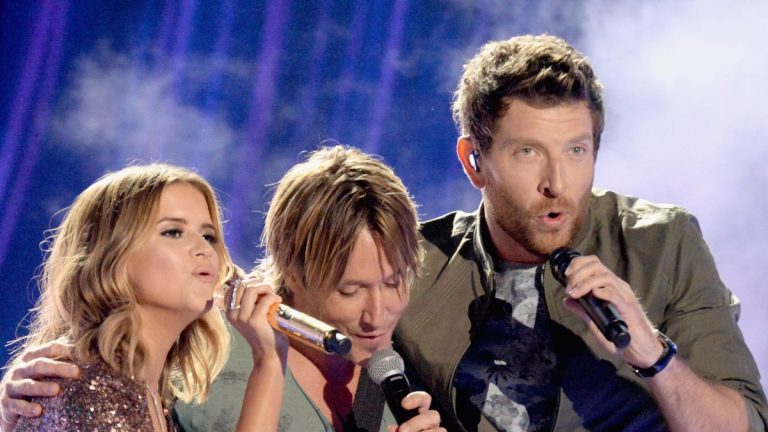 After an 18-month hiatus due to the coronavirus pandemic – Broadway’s lights are back on, and Maren Morris is considering heading to the Big Apple. The country music hitmaker took to Twitter Sunday night (May 1) to share that she would like to star in the “Popular” production, “Wicked.”

Gonna send an audition tape in for Wicked on Broadway. What the hell. Let’s see what happens. ‍♀️

“Gonna send an audition tape in for Wicked on Broadway,” she wrote. “What the hell. Let’s see what happens. 💚 🧙‍♀️” she added.

Following the ambitious tweet, Morris began to rattle off her credentials to explain why she would be the perfect fit for the long-running musical.

I’ve hosted @JimmyKimmelLive , I’ve sung with @DollyParton , flown with the @AFThunderbirds , hell, I’ve cut bangs… I’m into taking things head on, fail or succeed. Might as well cut the shit on being coy. Chase your weird dreams down. ✨✨✨

“I’ve hosted @JimmyKimmelLive, I’ve sung with @DollyParrton, flown with the @AFThunderbirds, hell, I’ve cut bangs…I’m into taking things head one. Fail or succeed,” she stressed. “Might as well cut the sh*t on being coy. Chase your weird dreams down ✨ ✨ ✨” she added.

In less than 24 hours, the social media post received traction and garnered over 5k likes. Thespians rallied behind Morris to encourage her to pursue the theatrical venture.

“I say Maren as Elphaba and @KelseaBallerini as Glinda??! Wicked, a country music tale,” one user shared. “We support this,” the ACM Awards official account tweeted.

The “Circles Around This Town” singer agreed with her fans and pointed out that her dream role would be “Elphaba Thropp,” the wicked witch of the West.

I identify heavily as an Elphaba but good god her songs are high.

“I identify heavily as an Elphaba, but good god her songs are high,” she declared.

“Wicked” opened in 2003 with critically actresses Idina Menzel and Kristin Chenoweth. Since then, the singalong-worthy musical has become a bucket list play for many musicians within the entertainment industry. In 2011 pop singer Ariana Grande praised the Stephen Schwartz musical on Twitter and revealed that she would like to play “Glinda,” the good witch.

“Loved seeing Wicked again…amazing production! Made me realize again how badly I want 2 play Glinda at some point in my life! #DreamRole,” she manifested.

Over a decade later, Grande’s dream became a reality and she scored the role of “Glinda” in the film adaptation of “Wicked.” The multifaceted artist will be performing alongside singer-songwriter Cynthia Erivo. In late April, Grande shared that rehearsals had begun by simply posting sheet music of “No One Mourns The Wicked.”

Director Jon M. Chu recently announced that the film would be divided into two movies. The highly anticipated films won’t be released until December 25, 2024, and December 25, 2025.

The multi-platinum country star is not the only one looking to flee Nashville for New York City, as Brett Eldredge stopped by The Bobby Bones Show (April 25) and confessed that he would like to do a “short-run” on Broadway.

“I think I would do like a short run, like a six-month run or something. I can live in New York,” Eldredge told Bobby Bones in confidence. “I would do that.”

Until the hitmakers receive a call from a casting director, country music fans can catch Maren Morris on her Humble Quest Tour and listen to Eldredge’s latest single, “Songs About You.”