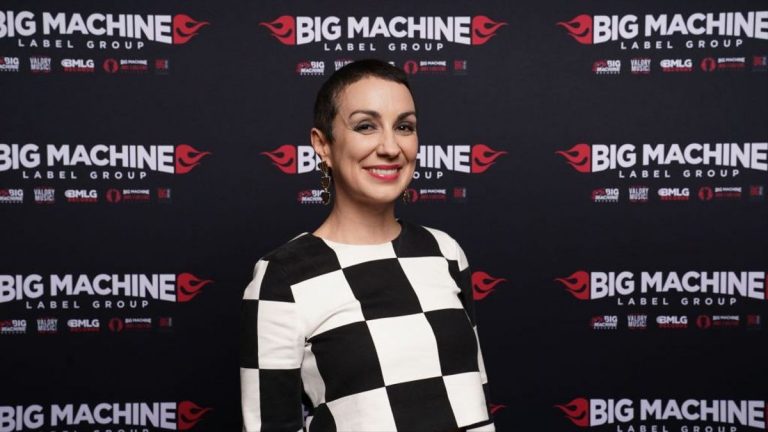 Songwriter Laura Veltz has had a pen in writing songs, including Lady A’s “What If I Never Get Over You,” Dan + Shay’s “Speechless,” Maren Morris’ “The Bones,” and more.

Morris said that Veltz is such a sought-after collaborator because she creates a supportive atmosphere for ideas to flourish.

“She’s just one of those people I always feel safe with with an idea,” Morris said. “She’s brought me many titles. She brought me the title of ’The Bones,’ and it became CMA Song of the Year. We’re both melody junkies. We get off on really catchy melodies, and we try to out catch each other.”

Morris met Veltz at a songwriters’ night almost a decade ago, and they wrote the singer’s first No. 1 hit, “I Could Use a Love Song,” together.

Veltz remembers the day they wrote “The Bones” with Jimmy Robbins. They were in Robbins’ studio and each living through some pinnacle life moments. Morris was pregnant, Robbins was getting married, and Veltz was trying to buy a house. Her realtor is responsible for the song’s inspiration.

“This title I had written down, ’The Bones,’ is something my realtor said a lot,” Veltz said. “It would make me laugh, and I thought, ’What a weird way to talk about love, about it being structurally sound without it being perfect.’”

Veltz said the three writers must have understood the assignment because they knocked out the song in 90 minutes.

Her favorite lyrics include the first two lines, which she said, “make me a little weepy.”

Morris sings: We’re in the homestretch of the high times|We took a hard left, but we’re alright

“I feel like everyone was reaching for that for a year,” Veltz said. “It’s a very hopeful line. Even if it’s not true, it’s pretty sweet to feel that.”

She remembers hearing the song for the first time in Morris’ kitchen, an experience she calls “nuts.”

“She was like, ’Hold on to your butts,’” Veltz said. “I remember listening to it; I think I fell to my knees because it was so huge. The demo was amazing, but the recording felt enormous, and it was special. We all knew it, and it was wild.”

“The Bones” got a lot more attention than Veltz anticipated, but she said she always knew the song was going to connect.

“I hear it in grocery stores, or drug stores is a big one,” she said. “I’ll be like, ’Do you know that song?’ I’m like an idiot, but I bring attention to myself. I’m unashamed. ’I wrote that.’”

Morris said she could pick out a Veltz song without being told.

“You look at the list of songs she’s written, and it’s so diverse,” Morris said. “I think at the end of the day, you always know it’s a Laura Veltz song.”