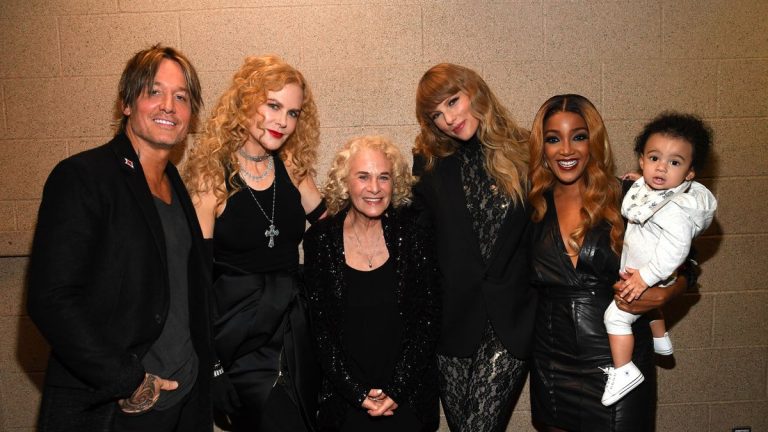 Alongside Taylor Swift inducting Carole King into the Rock and Roll Hall of Fame, two other country favorites — Mickey Guyton and Keith Urban — were present at this weekend’s festivities in Cleveland, Ohio, to help celebrate another inductee, soulful rock great Tina Turner.

Urban provided vocals and guitar for the Turner tribute instead of Bryan Adams, who, though fully vaccinated, tested positive for COVID-19 before the planned Turner tribute. Urban joined an already set lineup of H.E.R., Christina Aguilera, and Guyton. Adams and H.E.R. were previously slated to cover “It’s Only Love,” his 1985 duet with Turner. Instead, Urban filled in for the Canadian rock legend.

During the Turner tribute, Aguilera sang the performer’s 1971 Phil Spector-produced classic, “River Deep, Mountain High,” and Guyton performed her solo-era signature anthem, “What’s Love Got to Do With It?” Turner was joined in the Rock and Roll Hall of Fame’s class of 2021 by LL Cool J, JAY-Z, Foo Fighters, The Go-Go’s, and Todd Rundgren.

Urban posted to social media regarding the performance, “What an honor to pay tribute to THE rock and soul queen @tinaturner. And to @hermusicofficial….. thank you SO much for last night – it was magical getting to sing AND shred with you !!!! You’re the real deal. Hope we get to do more of that. Thank you to your KILLER band too !!!!! A massive congrats to all of this year’s @rockhall inductees, their inductors, the crew behind the scenes, and all of the insane performers !!”