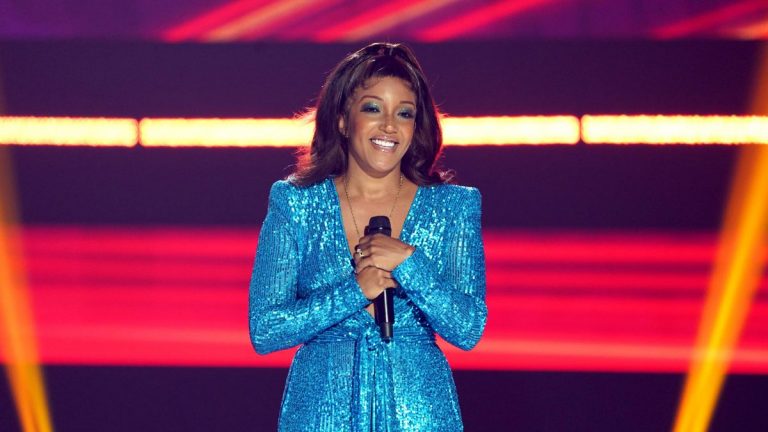 Country music powerhouse Mickey Guyton relatively recently found her calling in life, and it was when she welcomed her first child Grayson Clark into the world. The “Black Like Me” artist sat down with People to discuss motherhood, her 3M’s School Zone Safety initiative, and to reveal how certain women in country provide her with valuable parenting advice.

Guyton and attorney husband Grant Savoy became parents in February of 2021 and since then, the sing-songwriter has created a tight-knit friendship with Carrie Underwood and Maren Morris. The multi-platinum musician told the publication that she would frequently turn to Underwood and Morris for motherhood guidance.

“I talk to my friend Maren about it, Carrie Underwood about it. It’s just interesting,” Guyton mentioned. “Once you become a mom, the moms find you. Moms really rally around you because they get it.”

Once Guyton became a mother, she gained a whole new perspective and appreciation for other parents.

“I saw kids [and thought], ’Oh, they’re cute.’ Move on. Now, I’m like, ’That’s somebody’s child,’” the singer told the outlet. “There’s a mom on the other end of that or dad or two moms on the other end that are important. … I just have a whole different respect for mothers,” she added.

Guyton continued to point out the importance of having a reliable support system and what she quickly learned about herself since becoming a boy mom.

“I was a career woman, and all I did was focus on my career. And when I found out I was pregnant, I couldn’t even imagine putting someone else before that. And then my son came, and literally, I will put him before anything. No problem. Not even a thought. It’s just truly life-changing.”

In hopes to keep her son Grayson Clark and other children safe now and In the future, Guyton decided to channel her mom-like superpower to the 3M’s School Zone Safety initiative. The four-time GRAMMY nominee joined forces with the organization to protect children’s journey to and from school by updating crosswalks and improving safety standards in more than 100 school zones.

“I’ve always paid attention to school zone safety and slowed down to whether it’s 10, 15, 25 miles an hour through them,” gushed the vocalist to the outlet. “But now that I am a new mom and looking at the statistics, it’s alarming that we aren’t protecting our kids more, especially in our under-serviced communities,” she says.

To push the initiative forward, Guyton offered a helping hand to a school in her very own backyard. Robert Churchwell Elementary in Nashville is one of the first institutes that the organization is working with to cultivate a safe environment. The hitmaker recently made a pit stop at the school to speak with the children and to share her vision.

“When I think of school zone safety, I think of my baby and how in just a few years he will be heading off to school. His safety is EVERYTHING to me. Unfortunately, the fact of the matter is that not every student has access to a safe journey to and from school,” she wrote in an Instagram caption. “That is why I have partnered with @3m to shine a light on this issue! We spent the morning with students at Robert Churchwell Elementary in Nashville doing exactly that! Those kids were so inspired, and it was such an honor to speak to them,” she added.