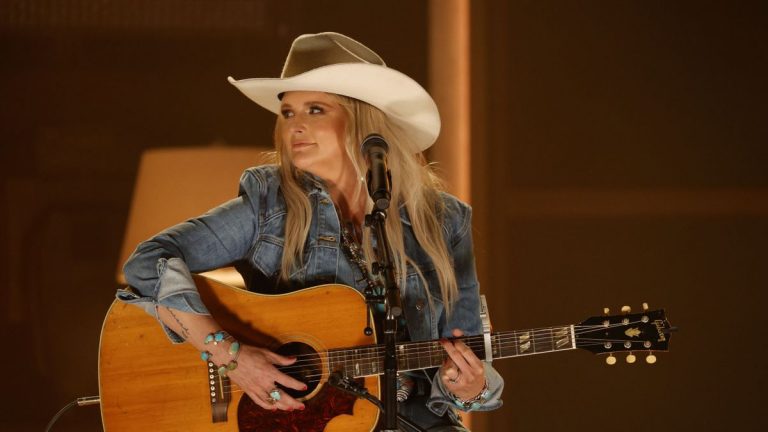 Miranda Lambert is celebrating her Entertainer of the Year win on Monday night with new album news.

Lambert revealed Thursday that her eighth studio album “Palomino” would be available Friday, April 29. The singer co-wrote 14 of the 15 songs on the album that a statement describes as “a chance to explore a new theme while pushing herself across varying sonic landscapes.”

She co-produced the project with frequent co-writers Jon Randall and Luke Dick.

“The making of this record has been one of the most fun and creative experiences of my career,” Lambert said in a statement. “Luke Dick, Natalie Hemby, and I went out to my farm in Tennessee in 2020 and started writing songs. We figured while we have time, let’s get out to the country and see what happens. The first one we wrote was ‘Tourist’ and that set us on a path to create something with a bit of a theme. Since we couldn’t travel at the time, we decided to go on a journey through songs. I hope y’all are ready to travel with us wandering spirits and meet some cool characters with great stories.”

Lambert co-wrote her new single “Strange” with Dick and Natalie Hemby. The trio was writing at Lambert’s farm when Hemby came up with the melody and the song title.

“We were talking about all the strangeness going on in the world at the time,” Lambert told Zane Lowe on Apple Music 1. “We did write it in 2020. And so we kind of wrote it towards addressing some heavy things, but mostly we want people to take away from this song to be lighter on their feet and take a breath and play a song and do a dance and maybe fly somewhere fun, just kind of escape from a reality that isn’t too good. So, I hope people love this song, and I think we really brought it to life on the record. When I hear it, it makes me feel good and it has such a sing-along chorus. So, I hope y’all feel good.”