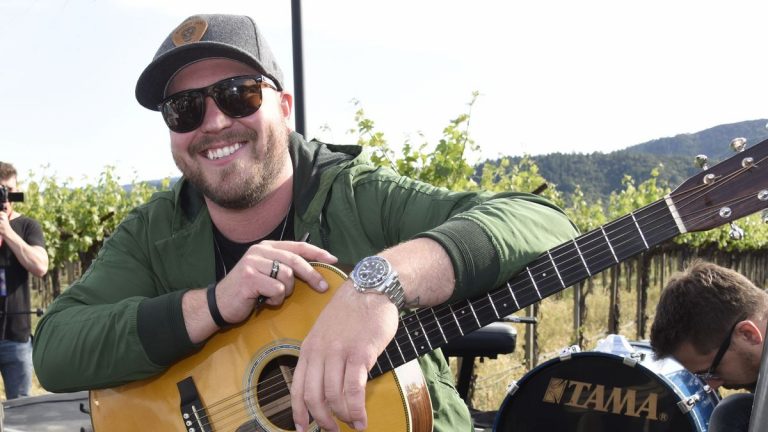 Mitchell Tenpenny has two songs on country radio right now – “At the End of a Bar” with Chris Young and “Truth About You,” but country music wasn’t his first passion.

When he was younger, Tenpenny played drums in a hardcore screamer band. His mother suffered through the gigs because that’s what mothers do. Then in college, the singer took an interest in songwriting on his acoustic guitar. He went home to show her what he’d been working on.

“She just started tearing up and crying,” Tenpenny said. “They were tears of joy, honestly, because I wasn’t playing the screaming music. I wrote a full country music song that was storytelling.”

Tenpenny’s new EP, “The Low Light Sessions,” is out now, and it’s eight songs his mother can love – including a couple of tunes that she inspired. Tenpenny wrote “Mama Raised the Hell Out Of Me” with Jaren Johnston and Zach Kale about his mother’s dedication to raising him and his brother when they were growing up. “Dear Jesus,” which Tenpenny wrote with Andy Albert and Thomas Archer, was inspired by a phone call from his mom about six years ago. There was a roadblock in downtown Nashville, and she called him to tell him to be careful.

“I was like, ’Okay, if something’s going on down there, maybe we should write about that,’” he said. “Everyone is obviously torn up about something, and we might need to focus on the world needs to hear a song about that.”

“Dear Jesus” was originally called “We Need Jesus,” but when Tenpenny got in the studio to record it, he decided to change the name. He was afraid the title sounded preachy, and he didn’t want to impose his politics or religion on anyone.

“I’m personally a man of faith,” Tenpenny said. “But the title was pushing your religion on people, telling them they need Jesus. That’s not who I am.”

He changed the song to “Dear Jesus” and structured it as if it was his personal story.

“This is what I would do,” Tenpenny said. “I’m gonna get down on my knees and pray. The song is just about how we need to quit fighting with each other.”

Lyrics include: We’ve been down this road before| I thought we passed it| But we’ve turned back and now the streets| Are lined with picket signs, picking sides| Mama’s crying, their babies dying| More soldiers going over than coming back| Times like these we need someone to lead us| Dear Jesus

“There’s so much more important things,” Tenpenny said. “Quit polarizing each side. Every sentence we say, you have to choose. Do you like or hate it? Is it right or wrong? We gotta find a way to just kind of live with each other. It’s just something to try to give myself peace of mind about all the craziness going on.”

Tenpenny, who charted his first No. 1 hit “Drunk Me” in 2018, said he wanted the album to play out like a movie and that he selected its songs with storytelling in mind and not country radio. There are acoustic guitars and steel guitars and songs about love, heartbreak and moving on. The EP culminates with “The Way You Are,” which Tenpenny wrote for his fiancée Meghan Patrick before they were engaged.

“These songs stood the test of time, and are they still holding up,” Tenpenny said. “The EP is just every wave of emotion all the way to the end. Not to the end because hopefully, we’ve got a long way to go, and hopefully, we’ll have more records. But this is a perfect little section of my life.”