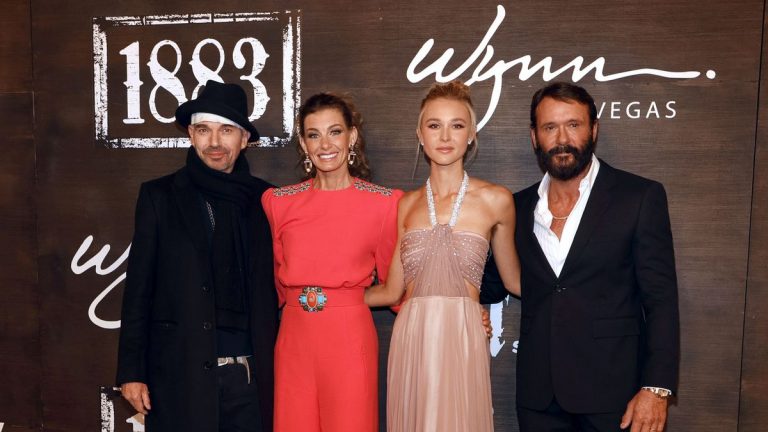 On Tuesday (Feb. 15) Tanya Giles, the chief programming officer for ViacomCBS Streaming – confirmed that the fan-favorite Yellowstone prequel, 1883 will be returning for a second season.

The decision to renew the series starring country couple Tim McGraw and Faith Hill follows record-breaking numbers, as the wild west binge became the most-watched title in history on Paramount+.

“The incredible storytelling and stellar performances behind 1883 have fueled phenomenal new records for Paramount+,” says Giles before revealing the plan to take the Dutton family narrative a step further with a new spinoff called “1932.”

“Promoting the series through linear sampling on the Paramount Network during their latest record-breaking season of Yellowstone further enabled us to introduce Sheridan’s loyal audience to this fantastic new series. We look forward to bringing fans even more of the Duttons’ origin story,” she added.

According to PEOPLE, the upcoming Taylor Sheridan original will introduce a “new generation of Dutton family members” and ranchers struggling to survive the Great Depression and Prohibition.

“Taylor Sheridan has put roots down for the Dutton Family tree that stand strong and tall, with many branches that continue to engage record-breaking audiences,” executive producer David C. Glasser shared in a statement. “It is awe-inspiring to work with Taylor, ViacomCBS, and the entire team on this universe.”

With 1883 and “1932” officially in the franchise, Paramount+ also announced that Yellowstone creator Taylor Sheridan will be presenting a new show called 6666.

6666 actor Jefferson White, who plays Jimmy Hurdstram on “Yellowstone,” told Entertainment Tonight that the forthcoming series will be “gritty” and “not glamorous.”

He continued, “I’m really excited for people to see the real, gritty, not glamorous world of real-life cattle ranching, now in the modern times,” he concluded.

The release date for “1932” is still up in the air, but fans could expect 6666 to premiere sometime in 2022. Yellowstone, which launched back in 2018 also just got confirmed to start filming for their fifth season in May.