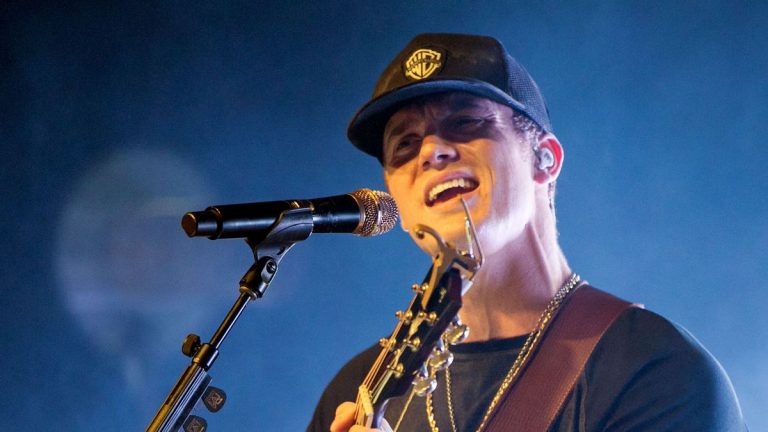 In less than three weeks, country music breakout star Parker McCollum will be tying the knot with fiancée Hallie Ray Light. The “To Be Loved By You” singer recently sat down with Taste of Country Nights to reveal the details about his big day.

During the conversation, McCollum confirmed that their wedding will take place on a Monday, and it is only three weeks away (March 21). The 2022 ACM New Male Artist of The Year winner, said that he has already decided on their first dance song, and it will be George Strait’s chart-topping classic, “I Cross My Heart.”

The romantic ballad penned by Steve Dorff and Eric Kaz found a home on Strait’s “Pure Country” soundtrack and appeared in the closing credits of the 1992 film of the same title.

“Our love is unconditional, we knew it from the start | I see it in your eyes, you can feel it from my heart |From here on after let’s stay the way we are right now | And share all the love and laughter that a lifetime will allow |I cross my heart and promise to |Give all I’ve got to give to make all your dreams come true| In all the world you’ll never find a love as true as mine,” the country music legend sings in the moving melody.

While McCollum had a strong say in the song selection process for their first dance, the singer disclosed that he did not receive his fiancée’s stamp of approval when it came to picking out his wardrobe for himself and groomsmen.

“Very early on, they were talking about the groomsmen tuxes,” he recalled to the outlet. “I was like I wanna go black cowboy hat, all black tux, black boots, black pants, everything. And she was like, ’absolutely not.’”

He continued to confess that he took a step back from wedding planning and allowed Light to take the reins. Parker did not fail to mention that his bride casually asks for his opinion out of courtesy.

“They just ask to be nice, but they ain’t gonna listen to me,” he concluded while laughing.

The star popped the question over the summer (July 1, 2021), and the two have been busy planning ever since. As Parker tends to keep his private life hush-hush, Light has documented the entire process on social media.

Just days after the singer-songwriter dropped down to one knee, the Oklahoma State University alum shared on Instagram that they decided on a wedding date.

“We have a wedding date!!! Still over the moon… can’t wait to call this handsome man my HUSBAND! I love you more than you will ever know Parker! & it will only get stronger,” she wrote under a precious photo of the two sharing a tight embrace.

Later that month, she said “yes” to a dress and told her followers that she “can’t wait” for McCollum to see her walking down the aisle. Leading up to the memorable day, the fast-rising artist is expected to make his RODEOHOUSTON debut on March 12.