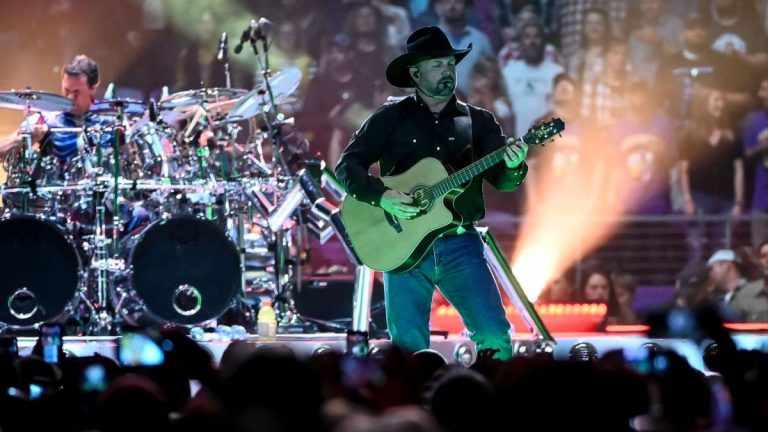 In 2018, the country was captivated by the news story of the 13 Turpin siblings imprisoned by their parents, David and Louise Turpin, in their Perris, California home.

The siblings later referred to it as “the House of Horrors” but country music was one of the things that made life easier.

Over the weekend, Jordan, Jennifer and seven of their siblings attended The Garth Brooks Stadium Tour at San Diego’s Petco Park.

Jordan and Jennifer Turpin shared photos of the experience and wrote about what it meant to them to meet Brooks and his wife Trisha Yearwood.

“I had a Garth Brooks DVD collection while living through hell. When D & L were gone, I’d sneak and play it on our television,” Jennifer wrote on Instagram, referring to their parents by their initials. “Thank you @garthbrooks for being a light through our darkness.”
Jennifer shared a photo of herself with the couple, a picture of her autographed shirt and videos from the concert.

Jordan also shared photos and videos from the show, and said: “I had so much fun today! I love you Garth, amazing show tonight! Thank you so much! #garthbrooks #trisha God bless!💜🙏✝️”

The meeting was a long time coming for Jordan who at 17 years old, escaped the house where had spent her life confined and used a deactivated cell phone to call 911. She said she and her siblings had been raised in captivity and were regularly beaten and starved by their parents.

The siblings were rescued, and their parents pled guilty to 14 felonies, including cruelty to an adult-dependent, child cruelty, torture, and false imprisonment. The couple was sentenced to life in prison.