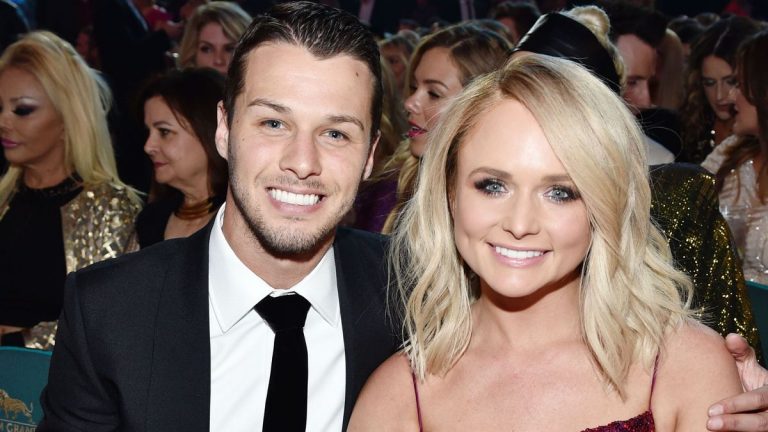 Miranda Lambert and her husband Brendan McLoughlin are on a loved-up trip through Ireland this St. Patrick’s Day.

Lambert has been in the United Kingdom for more than a week to play shows as part of the C2C: Country to Country music festival that took place across England, Ireland and Scotland. While the festival is over, Lambert and McLoughlin remained to log some leisure time in the country.

She shared a selfie of the pair, Guinness in hand, on an Irish street.

McLoughlin also jumped in on the festive fun, writing: “Happy St.Patrick’s Day from the homeland with @mirandalambert ☘️☘️”

McLoughlin’s photo showed them with two Guinness beers seated at a table smiling – both wearing green.

The Irish celebration comes on the heels of a party of another sort. Lambert was named Entertainer of the Year last week at the 57th Academy of Country Music Awards in Las Vegas. The singer was already in the U.K. at the time of the show but appeared via satellite to accept the Academy’s top honor.

“This is my first time missing the ACMs in 17 years,” Lambert said in her acceptance speech. “My heart is a little broken, but I’m happy to be where I am. I’ve been waiting for this for a really, really long time. I actually never thought it would happen. But thank you so much to the country music family for embracing me all these years and continuing to support me. This one goes out to all the singer-songwriter girls out there that put their blood, sweat and tears into their guitar strings. We did it! This is for us!”

And the trophy isn’t all she has to celebrate. Lambert recently revealed her eighth studio album “Palomino” would be available Friday, April 29. The singer co-wrote 14 of the 15 songs on the album that a statement describes as “a chance to explore a new theme while pushing herself across varying sonic landscapes.”

She co-produced the project with frequent co-writers Jon Randall and Luke Dick.

“The making of this record has been one of the most fun and creative experiences of my career,” Lambert said in a statement. “Luke Dick, Natalie Hemby, and I went out to my farm in Tennessee in 2020 and started writing songs. We figured while we have time, let’s get out to the country and see what happens. The first one we wrote was ‘Tourist’ and that set us on a path to create something with a bit of a theme. Since we couldn’t travel at the time, we decided to go on a journey through songs. I hope y’all are ready to travel with us wandering spirits and meet some cool characters with great stories.”