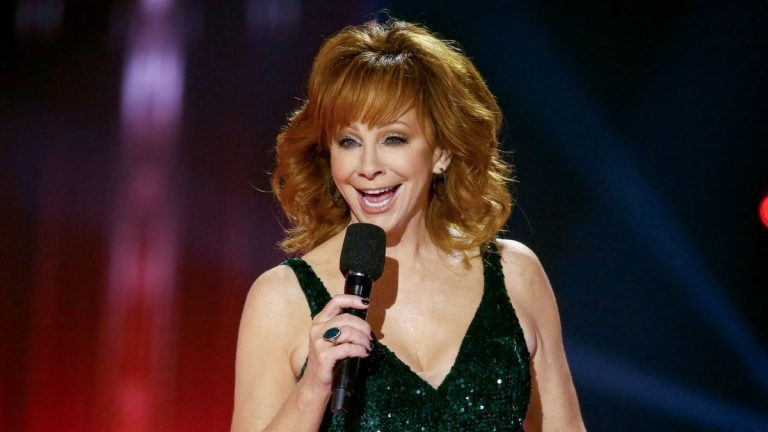 Branch refers to herself as a “licensed skincare snob” and “self-proclaimed Disney Princess” on her Instagram page. And Blackstock proposed to her at Epcot about one year ago, so the location is meaningful to them.

“My mom worked (at Walt Disney World) when she was younger, managing the Small World ride,” Branch told People. “It was my Nana’s favorite. She passed away in 2006 at the age of 57, while I was in middle school. She was my rock, and her passing affected me deeply. To this day, one of my most cherished photos features the two of us on Small World. Shelby and I first visited Disney World together six years ago — the first time I had been back since my grandmother passed. We rode Small World in her memory, which was really moving for both of us.”

McEntire and her boyfriend actor Rex Linn were in attendance, as were several members of Nashville’s music community.

Blackstock and Branch told People they met in 2014 on Tinder but didn’t start dating until two years later.

“We are twin flames,” the couple told People. “There’s this indescribable feeling of déjà vu when we are together — as if life is reminding us that we’re following our destiny. In retrospect, our mutual friends could see how compatible we are. They would always recommend that we should date; I think we were the only ones who didn’t see it (at the time).”

Branch walked down the aisle to “Tale as Old as Time” from “Beauty and the Beast,” and pictures posted to social media show Blackstock helping his bride out of a Cinderella-esque carriage. An aisle completely carpeted with flower pedals led to the spot in front of Disney’s iconic castle where the pair said, “I do.”

The couple has their eyes set on a warm destination for their honeymoon but is waiting to see how COVID restrictions shift before booking a trip.