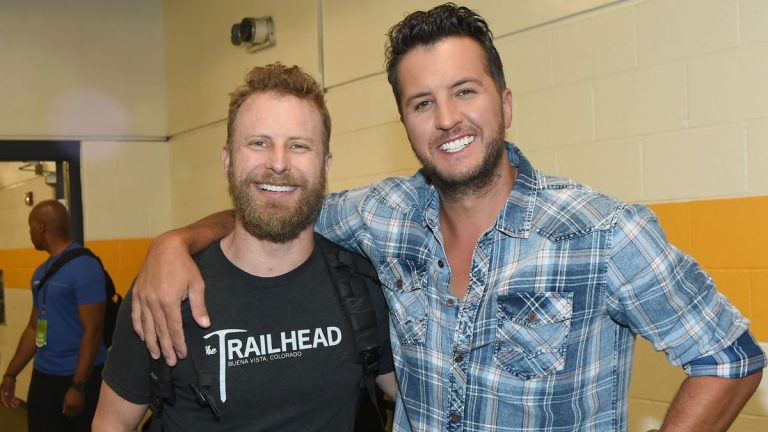 That’s uncle Luke Bryan to you – at least it is if you’re Dierks Bentley’s kids.

Bentley posted photos over the weekend of his two youngest children fishing on the lake with Bryan. The post shows two photos of Bryan helping Bentley’s son Knox on the boat. The first photo is Bryan helping Know hold up his bass and the other is the “Up” singer holding him steady as he fishes off the edge of the boat. The third picture is of Bentley’s youngest daughter Jordan proudly displaying her catch.

Fishing might be something the kids get to do more often with their Uncle Luke because there’s not very many photos of Bentley with tackle on his social media feeds. Flying, hockey and bike riding seem to be Bentley’s pastimes of choice when he isn’t on the road.

Pretty soon, Bentley won’t have time for much of anything. He’s set to launch his Beers On Me Tour with support from Ashley McBryde and Travis Denning next month.

As for Bryan, he definitely knows how to bait a hook. The singer is open about his passion for fishing and posted photos of a recent trip to the lake on his social media accounts last week.

“Enjoying some Tennessee weather today before #HollywoodWeek kicks off on #AmericanIdol TONIGHT! See y’all,” he wrote.

However, he doesn’t have much time to cast a line, either. Bryan is currently busy with “American Idol” and his summer tour launches in June.