Randy Travis Honored By Garth Brooks, Kane Brown As Artist Of A Lifetime At 2021 CMT Artists Of The Year 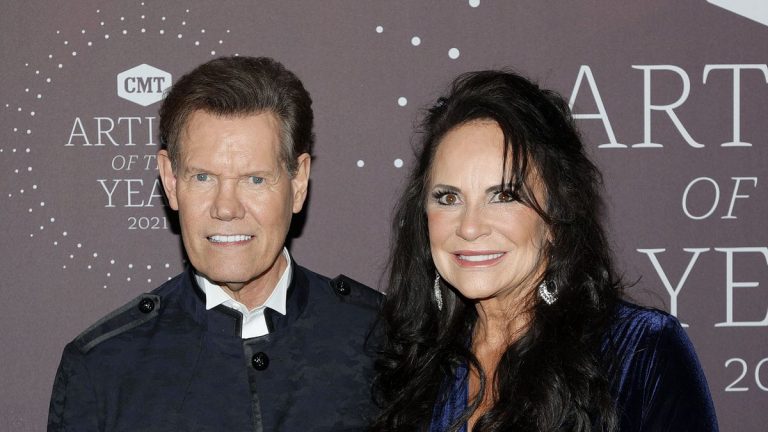 “If you’re like me, you pray that another Randy Travis [type talent] shows up every day,” noted Garth Brooks before welcoming Randy Travis to the stage to receive the Artist of a Lifetime honor, presented by Ram Trucks at the 2021 CMT Artists of the Year event. Notably, Brooks has often stated that since his mid-80s superstar turn, the singer with 23 number-one Billboard country singles “saved country music.” Alongside Kane Brown, the “The Thunder Rolls” vocalist celebrated the legacy of the Country Music Hall of Famer live from Nashville’s Schermerhorn Symphony Center.

Welcomed to the stage to the strains of his 1987 hit “Forever And Ever, Amen,” his wife joked that it was “a pretty good night” for the icon. They also stated that Travis made memories that have lasted as long as CMT has existed as a broadcast channel. Moreover, his wife Mary thanked his faith, songwriters, family, fans, team, and more for his legendary success.

While Brooks offered comments, Kane Brown later hit the stage to perform — as he often did during his own rise to superstardom — a version of Travis’ 2002 gospel-country smash “Three Wooden Crosses.” Platinum-selling rap legend Nelly noted that Brown was using his moment in the spotlight as a 2021 CMT Artist of the Year to instead honor Travis with the performance featuring a live band, plus a stage flooded with peaceful farm imagery. “You’re such a good role model for [up and coming artists],” noted Brown regarding Travis’ continuing influence upon receiving his own 2021 CMT Artists of the Year award.