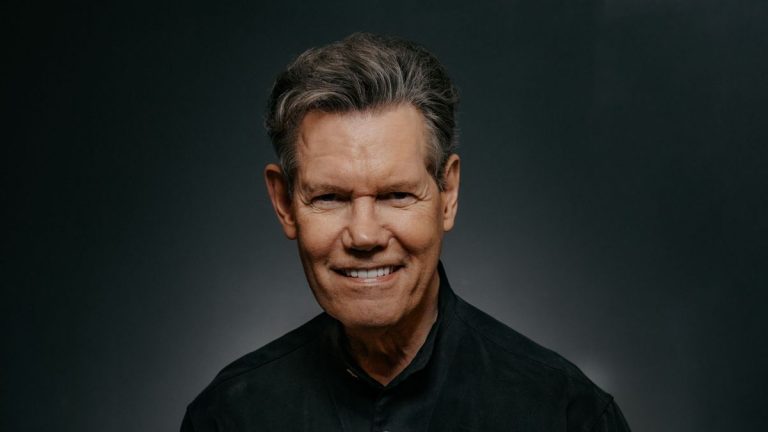 “Regarding the unique moments of the shoot, for the 1986 clip for ’No Place Like Home,’ written by Paul Overstreet,…this is a tough one since there seems to be no one around that has a memory of it,” writes Randy Travis to CMT. “The director for the video shoot was highly touted Michele Mahrer, from Australia, he continues. “Much of the shoot took place in an AFI (America Film Institute) studio, where Michele was privy to the latest technologies in video production at the time. Since this was the first music video I had been a part of — and surprisingly the only music video that was done for my debut album, Storms of Life — I didn’t know what to look for, in flaws or fascinations.”

Travis is particularly fond of the clip. “The video portrays the loneliness of a man facing an empty life ahead. The barren range, the desolate roads, the broken picture frame glass, the flashbacks of her…all reminders of the empty closet—the saddest thing he’s ever known. The idea of starting over, as the memories come tumbling back…treasures of his past—his wife, his kids, his home, [they all]become unbearable. He understands the twig has been bent; but, he prays it’s not too late for beautiful redemption…one more chance to make it right.”

“The budget was $30,000, and, at the time, that seemed to me like my life’s savings…I only was 26 or 27 years old,” the iconic vocalist adds. “For whatever reason, the video wasn’t released or promoted, and it spent the last 35 years at home in Warner’s vault. In retrospect, music videos weren’t that prevalent back in 1986, so maybe we weren’t sure of where to go with it. Today I’m glad it’s still waiting for us to visit it! Enjoy!”