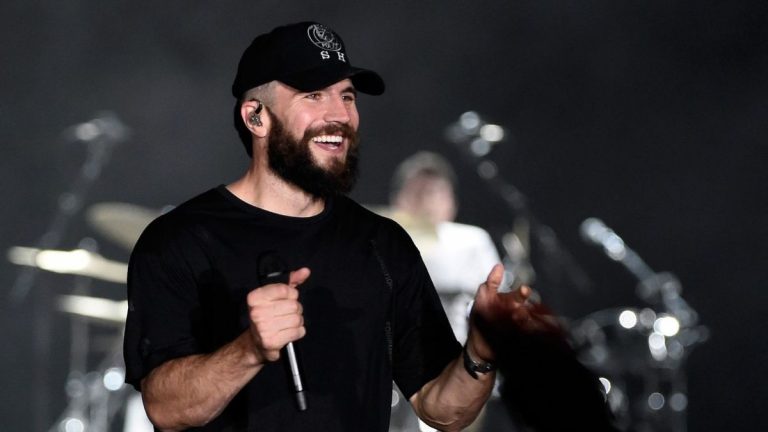 Following allegations of “inappropriate marital conduct” and “adultery” by wife Hannah Lee Fowler in February, the country music star Sam Hunt stepped back into the limelight and brought NFL friend Rob Gronkowski along for moral support.

While wrapping up his set with “Body Like a Back Road” from the fan-favorite 2020 record “SOUTHSIDE,” the country crooner called out Tampa Bay Buccaneers tight end Rob Gronkowski “Gronk” to the stage.

With a rowdy crowd cheering at the top of their lungs, the legendary athlete joined the hitmaker on stage to sing the chart-topping track. Hunt offered Gronk the microphone in a short video captured by a content creator, but he kindly declineed to show off his dance moves.

As Hunt thanked fans for coming out and partying, the professional athlete interacted with excited ticket-holders.

The friendship does not come as a surprise, as Hunt attempted to pursue a career in football before honing in on his artistry. Hunt grew up in Cedartown, Georgia, and was his high school’s quarterback. After a successful run, he went on to play at the collegiate level at Middle Tennessee State University in 2003. Hunt later transferred to Alabama Birmingham in 2005 to receive more playtime.

Shortly after his last college game, he tried out for the Kansas City Chiefs. In 2008, the Grammy-nominated artist was not selected for the NFL draft – which encouraged him to build his country music career.

In early February, Sam Hunt kick-started his 15-city trek in Scottsdale, AZ, and is set to wrap up his party-like tour in August. Tickets are currently available for purchase, here.