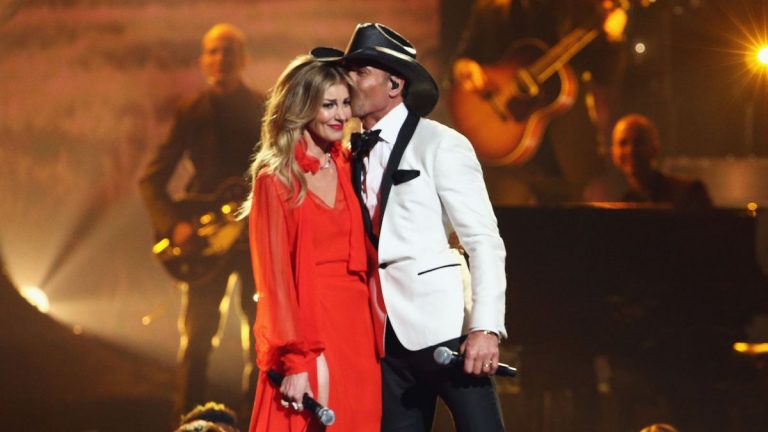 A preview for “1883,” the “Yellowstone” prequel, dropped Sunday night and it is a glimpse at Tim McGraw and Faith Hill as country fans have never seen them before.

McGraw’s face is covered by a thick beard, and Hill’s pristine skin is smudged in dirt. She screams in anguish as a house burns. There are sweeping vistas of wagon trains, epic battles complete with cannons and dramatic scenes of daily fear and heartbreak in Montana circa 1883.

“I heard 1,000 stories, but none could describe this place,” says a female voice. “The road west is filled with failures. It was a dream. And the dream is coming true. We are in the land of no mercy now.”

McGraw and Hill star as James and Margaret Dutton, and the series follows the family as they make the treacherous journey from Texas to Montana to establish the expansive ranch that is the setting for “Yellowstone” on Paramount Network. McGraw and Hill’s characters are the great-grandparents of Kevin Costner’s cantankerous John Dutton, who owns the largest cattle ranch in the United States.
Oscar-nominated actor Sam Elliott joins them as cowboy Shea Brennan in the highly anticipated series.