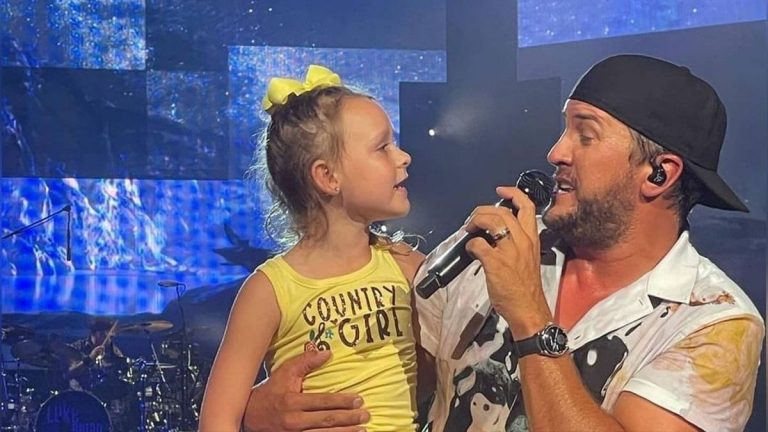 Of late, country music superstars’ tour stops in the Old Dominion state have found them being joined onstage by Darci Claire, a seven-year-old country music superfan. Dylan Scott says she’s “a star,” and she’s received some significant cosigns of her love of the artists and the genre.

Recently, she joined Jimmie Allen onstage at the Rockingham County Fair in Harrisonburg, Virginia, to perform a duet version of his 2020-released Noah Cyrus duet “This Is Us.” The young performer shared the moment via Instagram, with a caption noting, “Soakin’ wet and in her crocs, but it was all worth it 💛 Darci and @jimmieallen.”

In the clip, the “Best Shot” singer says, “I want to bring out one of my friends right now to come sing this song with me, Darci what’s up girl? Y’all make some noise for Darci. Darci got her own mic, you ready to sing for the people?” the country hitmaker said as he introduced Darci to the stage.”

As well, during Luke Bryan and Dylan Scott’s appearances during the former’s Proud To Be Right Here Tour stop in Bristow, Virginia, he noticed her singing along to every word of his performance of “Waves,” and called her on stage to perform a duet on the next track he performed, his 2020 single “Down To One.” “That was awesome,” Bryan exclaimed. As well, she also performed “New Truck” alongside Scott, who opened for Bryan.

If wanting to see Darci Claire meeting and greeting, plus singing alongside a number of rising and established country stars — including a February 2020 appearance alongside Lauren Alaina — click here to follow her via Instagram.