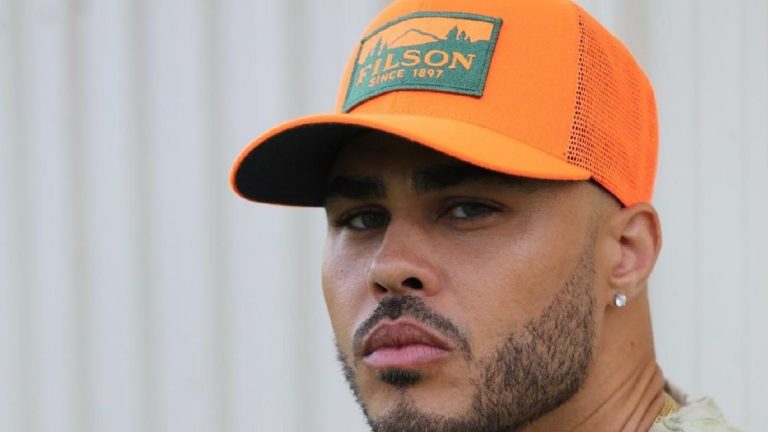 Shy Carter was barely old enough to drive when he went into a recording studio and recorded his first song. Two decades later, he just released his first country EP.

In the middle years, he worked with Nelly, Kane Brown, Charlie Puth, Keith Urban, Sugarland, Billy Currington, Jennifer Lopez and Rob Thomas – but now it’s his turn in the spotlight.

“The Rest of Us,” available now, is an eight-song EP produced by David Garcia and packed with songs Carter co-wrote with some of the most successful names in country music.

Josh Kerr, Jessi Alexander, Nathan Chapman and James Slater are among his collaborators that helped bring “The Rest of Us” to life. Carter said he wrote specifically for his EP for two years and had thousands of songs to sift through when it was time to determine the tracklist. He chose tracks for their groove, emotion, fan reaction when he plays them live, and how they fit together as a package. But regardless of what songs he chose or how he sequenced his EP, “The Rest of Us” – the title track – was always the star.

“It stood out like crazy because it’s such a special song that I can always send it to someone or push play, and they cry when they hear it,” he said.

Carter explained the song is about judging other people. He said it’s easy to look at someone who makes it to church every Sunday, gets everything right and assume they have their life together.

“People might think (of themselves), ‘I’m working so hard, and I have all these issues, and I can’t conquer my demons,’” Carter said. “The song is, everything is working out for them, and then there’s the rest of us. We’re actually the rest of us. It’s real touching and vulnerable.”

Carter’s current radio single “Beer with My Friends” is a country party anthem with David Lee Murphy and Cole Swindell that falls on the other end of the spectrum. Carter describes Murphy as a legend who makes everything look effortless. And, he said he’s a longtime Swindell fan. When he found out that Swindell liked his music, too, he thought “Beer with My Friends” was the perfect collaboration for the three of them.

“I put a lot of heart into my songs, and I really hope they connect with people,” Carter said. “It’s music from the heart and soul, and that’s the only reason I do it. I love it, and I don’t want to do anything else. I want it to be valuable to people. I don’t want them to think it’s something someone is just putting out to make a dollar.”

Fans can virtually celebrate Carter’s EP with him on Thursday at Nashville’s Ole Red Nashville, where he will perform a livestreamed set at 8:30 p.m. CT on his Facebook page.