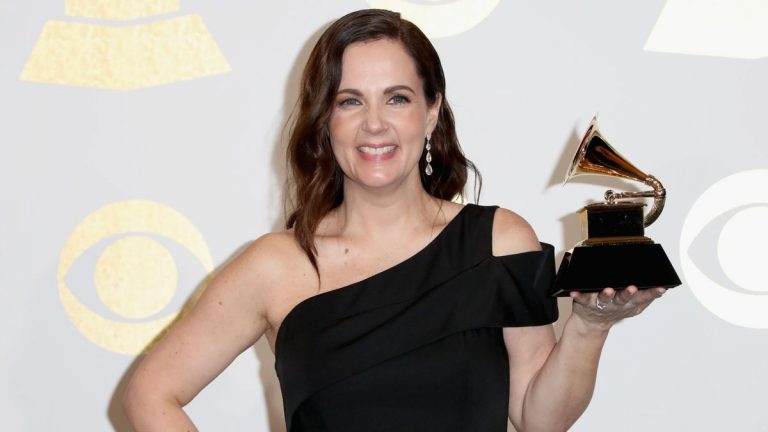 Behind every chart-topping melody, there was once an eager songsmith looking to convey a message or story. However, it takes a particular type of creative with a fine ear and clear vision to bring lyrics alive in an extraordinary way. When country music star Maren Morris arrived in Nashville a decade ago – she was on the hunt to find the finest songwriters in town.

After weeding through music city’s array of writers, she came across award-winning composer Lori McKenna – leaving her to believe that her prayers have been answered.

“I moved to Nashville 10 years ago. I wanted to get into rooms and kind of manifest myself writing with my heroes that are like Lori McKenna,” Morris told CMT. “I was able to do all of those things over time,” she added with gratitude about her flourishing career.

The vocalist continued to share her experience with McKenna and declared that the track “Witness to Your Life” forced her to stop, listen, and appreciate McKenna’s true superpower for songwriting. The mid-tempo single that lives on McKenna’s record, “Unglamorous,” touched Morris’ hopeful soul in more than one way.

“I remember her song ’Witness To Your Life,’ that song was so powerful,” she gushed. “She had this Patty Griffin vibe to her voice. Where it was just such a clear tone and very distinct. Her songwriting had so much imagery, you felt like you were listening to your friend talk to you or your mom or your sister.”

While the “Background Music” singer praised McKenna for her songwriting approach and how she flawlessly captivates a listener, she declared McKenna as “one of the most gifted storytellers” in the industry.

Therefore, when Morris and fellow bandmates of The Highwomen were on the search for new material – they placed their trust within McKenna and singer-songwriter Natalie Hemby to pen a promising piece. During an exclusive interview with CMT, Lori McKenna reflected on the time when Hemby pitched “Crowded Table.”

“’Crowded Table” started with Natalie Hemby,” the lyricist confirmed. “Natalie and I were writing together for the band, The Highwomen before Natalie was a high woman. She hadn’t been part of the band yet. So, we knew that Brandi Carlile, Maren Morris, and Amanda Shires were working on this band together and working with Dave Cobb as their producer,” she added before digging deeper into the nitty-gritty of the penning process.

Days before McKenna showed up at Hemby’s house to make magic in her home studio, the three-person ensemble at the time gave them information to work with.

McKenna recalled the time when Hemby sat down behind her grand piano and said, “I have this title, ’Crowded Table.’ And I was like, ’Oh my God, I love that title.’ I mean, I’m obsessed with the kitchen.”

Yet, it was Hemby’s comment – “I want a house with a crowded table” that became the track’s main focal point. So, McKenna allowed the fire within Hemby’s heart to write the moving melody. McKenna told CMT that she “followed Natalie’s lead.”

“I was just so lucky to be part of the journey,” she uttered. “We cried a couple of times. I remember her turning around in her piano seat, like, ’ugh.’ Just kind of poured our hearts into it, and then I left, and she took the song a couple of days later into the studio with Dave Cobb and the band.”

After Natalie Hemby proposed the relatable track that calls for unity and love – she was offered a position in the band. Once Hemby jumped on the opportunity, the song began to progress, and it became a group effort to bring the poignant lyrics to life.

“The song evolved into a different chorus once Brandi got a hold of it,” said McKenna. “The chorus really opened up and became sort of more worldly and more universal. Once Brandi put her spin on it.”

Today, the progressive artist behind “In These Silent Days” has songwriting credits on the ballad. The strategic way they penned the single to be recorded in a four-part harmony did not go unnoticed. Lori McKenna, Natalie Hemby, and Brandi Carlile scored “Best Country Song” for “Crowded Table” at the 63rd Annual Grammy Awards.

“Crowded Table” served as the second single off of The Highwomen’s 2019 debut record and followed “Redesigning Women,” an anthem that shined a light on the unrealistic standards that females are held to.

“There was a fair bit of good time being had by all in the process of making that record,” McKenna mentioned before pointing out the beauty of the behind-the-scenes music video for ’Crowded Table.’ “I love the video. I think it sort of makes you feel like what it feels like when you’re in that studio. I don’t exactly know where this magic started in Natalie’s heart with this title…but I loved following her down that road. A song like this can change its meaning over time too.”

Most recently, the gifted songwriter has been tirelessly working alongside Maren Morris on her forthcoming record, “Humble Quest,” which is set to drop on March 25.