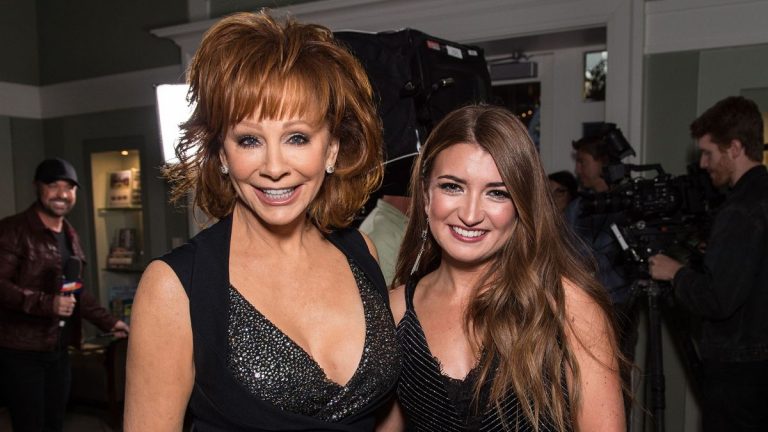 Breakout star Tenille Townes recently (April 23) dropped her highly anticipated EP, “Masquerades” and to celebrate, she took to the PEOPLE Every Day podcast to dish on the collection and her recent run with country legend Reba McEntire.

The Canadian country artist released record “The Lemonade Stand,” in the midst of the global health crisis. Townes told host Janine Rubenstein that the 12-song project was from an “observer perspective,” and how she challenged herself to look inward to pen her recent collection.The rising star shared that “Masquerades,” could be her most vulnerable project to date.

“I could not help the way that they were just coming out more personally,” Townes said to the publication about the EP. “So I was terrified as I was writing those titles down, going, ’Am I really saying these things in this song?’ But, yes, I am. And it feels good.”

Throughout the “Masquerades” fans will learn about the fearless female behind the lyrics, as Townes effortlessly pulled down the curtain to reveal her true authentic self.

“’Masquerades’ is me setting aside the smiling face I hide behind sometimes and letting the world see more of who I am. In this process, I realized that I am two different people, and I struggle between those two often,” she declared in a statement. “I am the introverted songwriter and the fiery performer, and both are true to who I am. I look forward to showing more of these sides in my music and live performances. Music has always been a bridge for me between both of these sides, and I hope this music can help others who can relate.”

To bring her story to life, she called in genre-bending artist Breland to collaborate on the emotion-driven track “Shared Walls” and Wrabel to help sing “When You Need It.” The two-time ACM Award winner mentioned that the new songwriting approach serves as a start to a new chapter.

“I’m really, really excited to have kind of rounded the bend towards this new season of music,” she said.

In February, the vocalist joined icon Reba McEntire on her Reba: Live in Concert tour to kick-start her next adventure as an artist. Townes also spoke out about her upcoming trek with Brad Paisley and referred to the two as her “heroes.”

Before Townes dished on her experience opening for the 67-year-old hitmaker, she said that the once-in-a-lifetime opportunity was a “dream.”

“She just makes everyone feel so loved up there [on stage],” Townes said. “And she’s got this incredible legacy of music that’s just carried everybody through the years.”

Townes even pointed out that the “I’m A Survivor” singer gave her some words of encouragement.

“She had this handwritten note waiting in my dressing room and this beautiful gift [that said] that she was so happy to have me out at these shows, and she was just cheering for my music and my path. It really was so kind. It meant so much,” she added.

Townes was not the only Nashville newcomer invited on the world-renowned tour, as McEntire extended the invitation to Caylee Hammack, Reyna Roberts, Hannah Dasher, Brandy Clark, Brittney Spencer, and Caitlyn Smith.

This summer, Townes will be taking her vulnerable EP and fan favorites out on the road. On May 3, she will kick off her Big Hearts On The Road mini-tour in music city. Before her European run in October, the young star will also be opening for country duo Brooks & Dunn, Jake Owen, Brad Paisley, and Darius Rucker. Tickets to see the dream-chaser live are available for purchase, here.